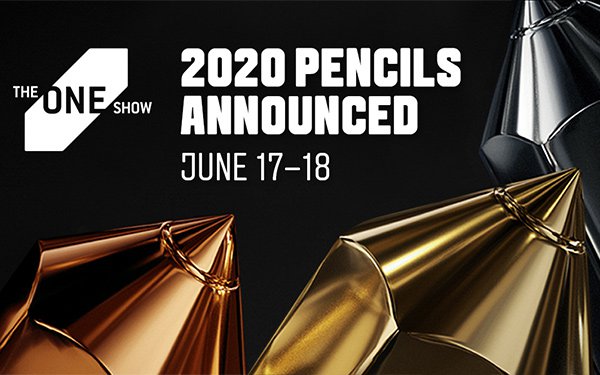 Burger King’s Moldy Whopper spot, developed by INGO Stockholm, David Miami and Publicis Bucharest, won the most awards by any entry this year at The One Show 2020. These 18 Gold Pencils included three each in Design, Film, Integrated, Out-of-Home and Print, two in Public Relations, and one in Direct Marketing. The work also received four Silver Pencils, one Bronze and one Merit. Earlier the organization announced the Whopper creative, which compared the freshness of the chain’s hamburger to rival McDonalds via time-lapse video, received 23 finalist spots.

McCann New York won 15 Golds, including nine for Microsoft “Changing the Game”, two each in Branded Entertainment and Health Wellness & Pharma, and one each in Design, Direct Marketing, Experiential & Immersive, Integrated and IP & Products.

Scholz & Friends Berlin also won 15 Gold Pencils, including 11 for “The Tampon Book: a book against tax discrimination” on behalf of The Female Company.

FCB Chicago was awarded seven Gold Pencils, all on behalf of Illinois Council Against Handgun Violence.

David Miami took home Agency of the Year honors. The shop’s unprecedented 41 Pencils and Merits including Best of Show, makes the firm one of the most awarded One Show agencies of all time. Partner Burger King took the prize for top 2020 client.

This story has been updated with additional award information.