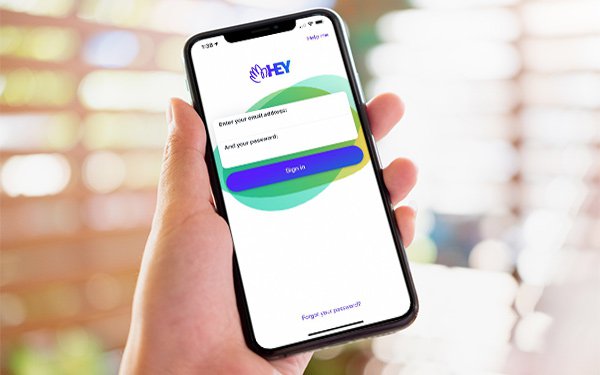 Despite growing criticism from developers and lawmakers, Apple is holding firm on its current App Store policies.

In a new letter to Basecamp, the creators of email reader Hey, Apple just reiterated its refusal to carry the app unless it adds in-app purchasing.

As Apple’s app review board sees it, Hey, Apple violates several of its guidelines, because customers can’t use the app to access email until after they go to the Basecamp site and purchase a license to use it.

Therefore, Apple is unable to take its customary 30% cut of Hey’s subscription price of $99.

“If you want to unlock features or functionality within your app, you must use in-app purchase,” the review board writes to Jason Fried, cofounder-CEO of Basecamp. “Your app requires customers to purchase content, subscriptions, or features outside of the app, but those items are not available as in-app purchases within the app as required by the App Store Review Guidelines.”

In the letter -- first published by NBC News and TechCrunch -- Apple’s board also gives Fried the option of offering his email reader to nonsubscribers.

Developers and lawmakers contend that Apple is selfishly protecting the 30% share of in-app subscriptions that it takes during an app’s first year on the App Store. (After a year, Apple then takes a 15% cut of subscription revenue.)

“There is no chance in bloody hell that we're going to pay Apple's ransom,” David Heinemeier Hansson, cofounder-Chief Technology Officer of Basecamp,” tweeted earlier in the week. “I will burn this house down myself, before I let gangsters like that spin it for spoils.”

“Because of the market power that Apple has, it is charging exorbitant rents -- highway robbery, basically -- bullying people to pay 30% or denying access to their market,” Rep. Cicilline told The Verge this week.

Separately, the European Commission announced antitrust probes into the business practices of Apple’s App Store and Apple Pay, this week.

Leading the charge is Margrethe Vestager, the European Commissioner for Competition, who believes Apple has assumed too powerful a position within the mobile marketplace. “It appears that Apple obtained a ‘gatekeeper’ role when it comes to the distribution of apps and content to users of Apple’s popular devices,” Vestager stated.

Dismissing the probes as groundless, Apple stated: “It’s disappointing the European Commission is advancing baseless complaints from a handful of companies that simply want a free ride, and don't want to play by the same rules as everyone else.”

Spotify CEO Daniel Ek has been a vocal critic of the 30% “tax” that Apple levies on Spotify and other digital services. In its defense, Apple has argued its platforms are partially responsible for popularizing services like Spotify.

Earlier this week, a report from consulting firm Analysis Group estimated the App Store generated $519 billion in total billings and sales of products and services in 2019.