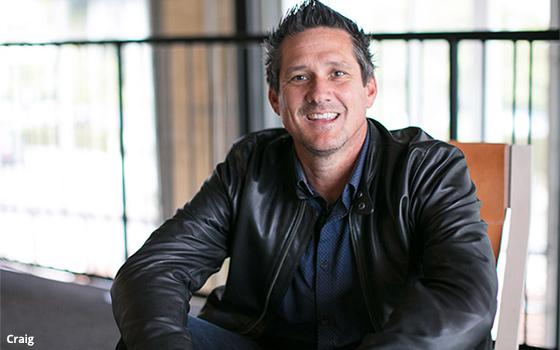 These emails discussed casting decisions, such as “I think were [sic] now BET channel” and refers to a casting candidate as “Not so urban/AA” (the abbreviation stands for “African American”).

An agency spokesperson confirmed Craig was fired on Wednesday, though his LinkedIn profile still lists him working at the shop. His termination was first reported by Adweek.

Brett was considered a shining star within Adland. He recently released a book entitled, Collaborate or Die: How Being a Jerk Kills Ideas and Careers, which explores the critical relationship between collaboration and creativity.

With nearly 20 years of experience at agencies such as TBWA/Chiat/Day, LA and Deutsch, he has led advertising and communications for brands such as Sony PlayStation, Call of Duty, Washington Mutual and Pepsi.

Still, Craig stands as an example of the experiences many minority groups feel is the problem within the industry. Despite questionable behaviors and messaging, he continued to amass awards and receive promotions.

Agency PR staffers worked overtime to ensure he received laudable press. As former Deutsch employee Kady Kamakaté, who helped to raise awareness about these emails, noted in her Instagram posting, “The time I spent there was riddled with incidents like this.” She goes on to say, “I never once felt protected or empowered enough to speak up … lest I be considered ‘too Urban/AA.'”

Coincidentally, Craig spoke with MediaPost earlier in the spring about how young creatives can land jobs post-pandemic. At the time, he suggested the basics in obtaining employment at agencies remains similar pre-crisis. “The book is still the number one priority for agencies,” he said, not realizing he was soon going to need to prepare his own portfolio. Leaders need to see their bodies of work, he added. Their track record is also still vitally important.