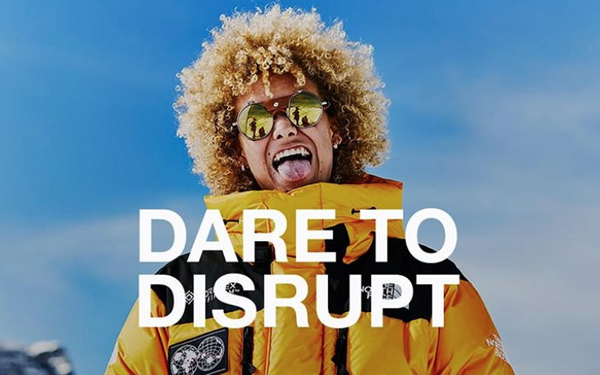 Outdoor clothing companies The North Face, REI and Patagonia are the first major brands to join the boycott against Facebook, signing up for the Anti-Defamation League’s #StopHateForProfit effort. But with agencies like Dentsu’s 360i and Mediabrands’ Reprise encouraging clients to join, the initiative looks like it may build momentum.

The ADL announced the month-long boycott this week in an ad in the Los Angeles Times. In partnership with leading civil-rights organizations, including the NAACP, Sleeping Giants, Color Of Change, Free Press and Common Sense, it’s asking companies to pull ads off Facebook and Instagram for July.

The group charges that Facebook allowed “incitement to violence against protestors fighting for racial justice,” that it made Breitbart News a “trusted news source” and the Daily Caller a “fact-checker,” despite records of working with known white nationalists and neo-Nazis.

The North Face, owned by VF Corp., announced its decision on Twitter last week with just four words: “We’re in. We’re Out.”

“We will be halting paid advertising with both Facebook and Instagram,” says a spokesperson for the North Face, in an email to Marketing Daily. She says the company hopes it will motivate the social-media giant to change.  “Facebook’s existing policies have not done enough to stop racist, violent or hateful content and misinformation from circulating on the platform.”

Shortly after, REI jumped in. “For 82 years, we have put people over profits. We’re pulling all Facebook/Instagram advertising for the month of July,” it said in a tweet.

Patagonia announced its decision to join the boycott Sunday night.

Since the death of George Floyd in Minneapolis and the protests that have followed, many brands supported #BlackLivesMatter. But it’s been difficult for large corporations to do more. Most are run by executive teams and corporate boards that are largely white, male and resistant to diversity.

Boycotts like this one may represent a meaningful next step for brands, says Robert Passikoff, founder and president of Brand Keys, a loyalty consultancy based in New York. “Yes, 'Black Lives Matter,’ but you have to do something more than just parrot back the slogan and expect consumers to thank you or recognize you for your involvement,” he tells Marketing Daily. Yanking ads from Facebook “feels like the brand is doing something and it is something that their core audience will appreciate.”

Nor does he see much of a downside. “Efforts like these are, by their very design, reactive and short-term,” he says. “By the end of August consumers (and brands) will have moved on to something else.”

David Hessekiel, president of Engage for Good, which specializes in cause-related marketing, agrees it’s a low-risk move. “By moving fast, the North Face will benefit from the attention it will garner by being first to publicly sign on to the boycott, a move that its generally liberal customers will appreciate.”

Hessekiel says the timing of the boycott may help it have more impact. “An open-ended boycott would have been a much bigger ask to make of advertisers,” he says. “But for this to have real teeth, a large group of major advertisers will have to sign on.”

Pressure from the agency community may spur more advertisers to participate. The Wall Street Journal reports that 360i has emailed its clients, telling them it supports the boycott. The message told clients it “believes any social platform that earns profits by amplifying the voices of their community must have a zero-tolerance policy for hate.”

And in a LinkedIn post, an IPG executive weighed in. “It’s time to hold Facebook’s leadership team accountable,” writes Elijah Harris, senior vice president of paid social at Mediabrands. “No longer can they look the other way as inflammatory content spreads across their platforms. Let’s use our collective strength to bring them to task!”

For its part, Facebook says it is in talks with both advertisers and civil-rights groups to become “a force for good to fight racial injustice around the world,” the WSJ reports. It recently announced an additional $200 million in funding to support black-owned businesses and organizations.

And earlier this week, Facebook pulled some ads from President Donald Trump’s reelection campaign, citing its policy against hate speech.