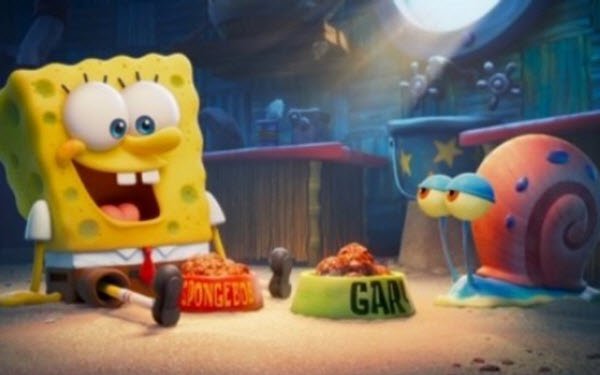 In a strategy that's likely to become increasingly popular as the competition among streaming services continues to intensify and movie theater attendance is hobbled, ViacomCBS has announced that it will debut the latest feature film in the SpongeBob Squarepants franchise through premium video on demand (PVOD) in 2021.

After the VOD window ends, the movie will move exclusively to the company's SVOD and live-streaming service, CBS All Access, to provide another high-profile content offering for the service, which is in the process of being significantly expanded in preparation for a rebrand.

The release of "The SpongeBob Movie: Sponge on the Run" has already been rescheduled six times--including twice due to the pandemic. ViacomCBS CEO Bob Bakish indicated in May that the company hoped to release it in early August, but that that would depend on whether it appeared that a sufficient critical mass of theater screens was going to be available.

Apparently, the assessment was that not enough theaters or theater-goers would be available.

This is the third big-studio major animated film to go directly to PVOD.

Universal's "Trolls: World Tour," the first to break the traditional 90-day debut window in theaters before a film goes to streaming (although the movie did play in 21 drive-ins) was a major success for Comcast, according to that company. But AMC Theatres declared it would no longer play Universal films in its theaters after NBCUniversal CEO Jeff Shell said that Universal was planning to release future movies both in PVOD and theaters, once they reopened.

Warner Bros.' Scoob! also went straight to PVOD for its launch in mid May.