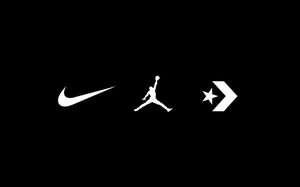 While Nike stunned observers with an unexpected loss of $790 million, company executives say pandemic-related consumer shifts are helping it reach its digital goals faster than expected.

Many of the numbers for Nike’s fiscal fourth quarter are ugly. Despite big gains in its ecommerce, COVID-19 shut down 90% of Nike-owned stores in much of the world for eight weeks, causing revenues to fall 38% to $6.3 billion, from $10.18 billion in the same period of the prior year. The loss represents a 180% plunge from the $989 million in income posted last year.

Still, digital sales climbed 75%, topping $1 billion in annual digital revenue in both Greater China and EMEA for the first time. The Beaverton, Oregon-based company says that even as physical retail reopens, strong digital trends are continuing.

In the quarter, workouts on the Nike Training Club app tripled. And since February, the company’s ecommerce app has been downloaded more than 8 million times, also tripling prior year numbers.

“I continue to believe no one is better positioned than Nike to navigate the current environment,” said John Donahoe, president and CEO, in remarks prepared for investors. He cited the impact of its “You can’t stop us” campaign, which generated more than 2 billion impressions. In its top 12 cities, Nike continues to be consumers’ favorite  brand, Donahue said.

The company also strengthened its vow to fight inequality, with a combined $140 million commitment to addressing systemic racism.

In a world that was weirdly devoid of sports, Nike says the airing of ESPN’s “The Last Dance” documentary made the Jordan Brand a shining star. “The response we saw -- from the cultural conversation around each episode to the rapid sell-through of the AJ5 Fire Red -- demonstrated the love for the Jordan Brand all over the world,” he says. Sales of the Jordan Brand in Greater China grew more than 50% in the fiscal year, nearing $1 billion in annual revenue.