When Things Are 'Normal' Again, 70% Say They'll Go Out On The Town Less Than Before 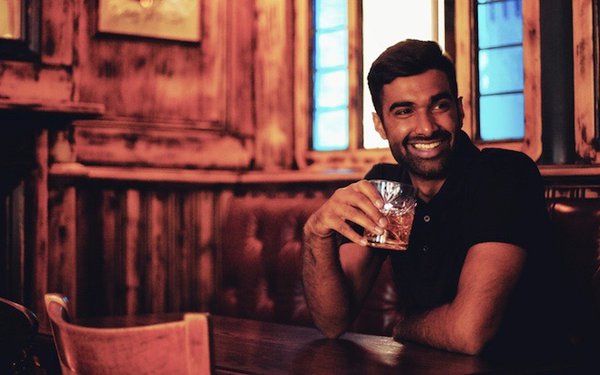 Only the lonely? For some people, a night out could look like this in the future.

In case you were wondering, when the pandemic situation finally allows consumers to start going to bars and restaurants again, there’s a good chance many of your friends won’t be there -- or at least as much.

New survey results from Drizly, the ecommerce alcohol delivery service, finds that just shy of 70% of respondents said they expect to go to bars and restaurants less than they did before March, when all this misery really began to kick into high gear.

But even once bars and restaurants get back to a semblance of normality, just about 30% say they’ll still be drinking more at home than they used to. So for Drizly and the booze merchants that use it, “normal” times should still mean a new-normal business that’s more than they had before.

If there is a company that has been in the right place at what is the horribly worst time, it’s probably Drizly, which has partnered with 2,600 retailers in major markets to deliver, beer, seltzer, wine and liquor.

The company has certainly seen some serious changes in consumer behavior. It’s put some of that info in the just-launched BevAlc by Drizly, a weekly email newsletter. The survey results are culled from data provided by 15,000 adult drinkers in June.

The stats about drinking-in-place may sound self-serving because Drizly’s in the delivery business. But other beer, wine and liquor marketers have reached similar conclusions.

In an April Nielsen consumer survey conducted in  New York, California, Illinois and Florida, 28% said they’d return as soon as they were sure social distancing precautions were being taken; 23% said they’d wait until the number of COVID-19 cases stopped increasing; and 22%, that they’d be back as soon as establishments were allowed to reopen.

In the Drizly survey, the answers to questions like that were more cautious. A little more than 23% said they’d be back if safety measures are followed, and only if they could be outdoors; 17.6% said they’d be back, with safeguards, even if the setting was indoors. But 13% said they’re waiting for a vaccine -- and 31% said they don’t expect to be back “anytime soon.” (On the other end, a combined 16% had either already gone back, or that they’re “ready to go as soon as they’re open.”)

There appears to be something like mixologist envy developing on the home front. In the Drizly survey, 52% said they whipped up drinks at home during the pandemic -- and an even higher number (54.8%) hope to do so when the virus crisis abates.