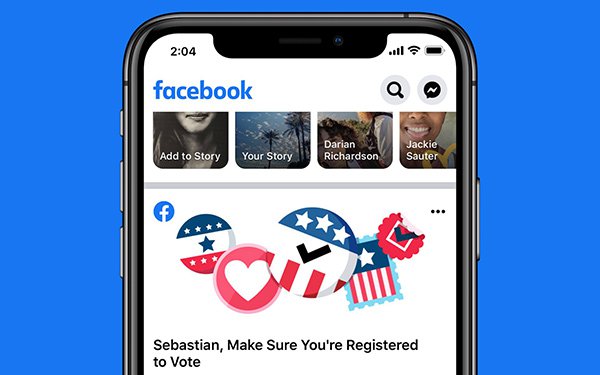 Amid the high-profile #StopHateForProfit ad boycott demanding that Facebook do more to curb hate speech, Facebook executives continue to try to deflect attention to their assertion that voting, not greater efforts to crack down on hateful content and advertising, is the best way for the American public to address that issue.

In his latest post, Facebook Inc. CEO Mark Zuckerberg reminds readers that the company's previously announced voting information and registration campaign will kick off on July 4, adding: "In a democracy, voting is the ultimate way we hold our leaders accountable and make sure the country is heading in the direction we want."

The post might seem unremarkable — if Facebook were not embroiled in the boycott that has now drawn an unprecedented number of participants, even if the financial impact is small for the massive social media company.

Earlier this week, Nick Clegg, the company’s vice president of global affairs and communications, drew a direct link between its voter registration push and the boycott, stating straight out that it's really voters' responsibility to stop President Trump's hate messages.

“We understand that many of our critics are angry about the inflammatory rhetoric President Trump has posted on our platform and others, and want us to be more aggressive in removing his speech,” Clegg conceded -- but "as a former politician myself, I know the only way to hold the powerful to account is ultimately through the ballot box." Clegg formerly served as the head of a liberal political party in the United Kingdom.

Zuckerberg said last week that Facebook would soon begin labeling posts from influential figures that violate its content policies, and will no longer allow “newsworthiness exemptions” for posts from public figures that incite violence or attempt to suppress voting.

Since then, he has also reportedly agreed to meet with leaders of the #StopHateForProfit campaign, including the the Anti-Defamation League and the NAACP.

However, he has stated more than once that the company will not change its policies in response to outside pressures like the boycott, including during a video meeting with employees last Friday, according to reporting by The Information.

Previously, Zuckerberg had argued that letting the President bypass Facebook’s standard content policies was best "because ultimately, accountability for those in positions of power can only happen when their speech is scrutinized out in the open."