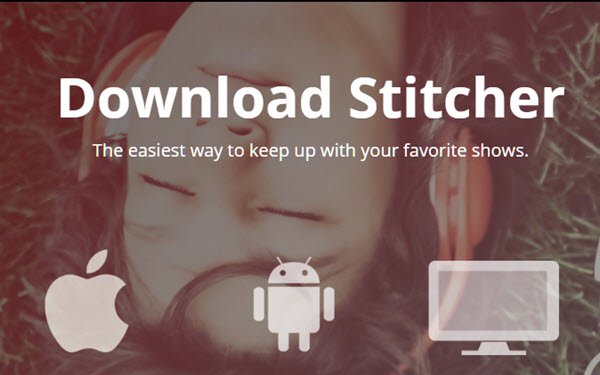 Sirius XM is close to a deal to buy the Stitcher Inc. podcasting business from E.W. Scripps, reports The Wall Street Journal, based on knowledgeable sources.

Sirius generates most of its revenue from its satellite radio service subscriptions. But like its audio-based competitors Spotify and iHeartMedia, Sirius is pushing hard into the surging podcast business.

Stitcher offers both a free, ad-supported podcast-listening app and an ad-free one that costs $4.99 per month.

It also owns podcast networks, including Earwolf and Stitcher Podcasts, that feature more than 50 shows.

Through its Midroll Media advertising business, Stitcher partners with outside networks and shows to sell and distribute ads for more than 250 podcasts, including “My Favorite Murder,” “WTF With Mark Maron” and “Oprah’s SuperSoul Conversations,” per WSJ.

Sirius acquired Pandora Media, which is more advertising-reliant than Sirius and also plans expansion into podcasting, for $3.5 billion in 2018. Last year, Sirius partnered with Disney’s Marvel Entertainment to produce podcasts for exclusive distribution on its satellite radio and streaming platforms.

Spotify has now established itself as “the world’s #1 destination for podcasts,” positioning itself to be “the next Netflix,” Justin Spittler, senior analyst at RiskHedge, recently argued.

In addition to being the world’s largest music-streaming company, Spotify — while “treading water” for two years after its initial public offering in April 2018 — has seen its price jump by 125% since March, in part because of its podcast investments and partnerships, says Spittler.

iHeartMedia, for its part, claims to be the leading “commercial” podcast publisher, with a monthly audience of nearly 24.5 million as of June.

In 2018, iHeartMedia acquired Stuff Media — which includes the well-established HowStuffWorks podcasting brand and other premium podcasts — for a reported $55 million.