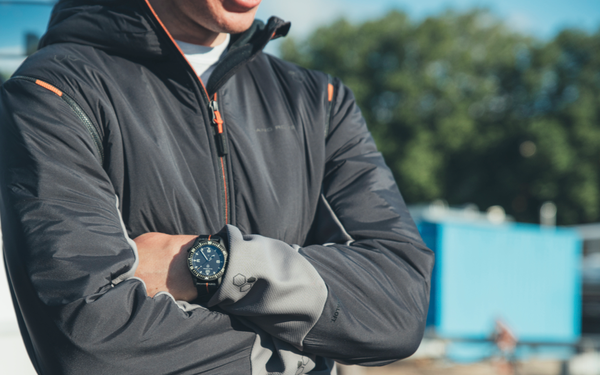 Land Rover and watchmaker Elliot Brown are launching what the two brands are calling one of the world’s toughest watches.

It already has its work cut out for it. The Land Rover x Elliot Brown Holton Professional watch is the official timekeeper for one of the world’s greatest rowing tests, the 2,000-mile Row GB Challenge.

The four rowers of the Exe Endurow team are taking on the seas to raise money for the British Red Cross and environmental charity JustOneOcean.

The watch is based on the original Elliot Brown Holton Professional watch that was developed with a specialist branch of the U.K. armed forces. Built to withstand extreme military field tests and harsh environments, it was the first British-designed military watch supplied to the unit in more than a decade.

Every watch is rigorously tested and must pass three separate pressure tests using air and water. In addition Elliot Brown watches have been put through real-world testing, surviving being strapped to the bows of round-the-world yachts and submerged to depths of 6,300 feet.

“The Land Rover x Elliot Brown Holton Professional watch has endured more punishing tests than any other watch and it will enable fans of both brands to continue to go 'Above and Beyond,'" said Joe Sinclair, Jaguar Land Rover director of branded goods, referencing the automaker's brand promise.

The timepiece will be available in the United States later this year as a hero piece of the Land Rover "Above and Beyond" collection.