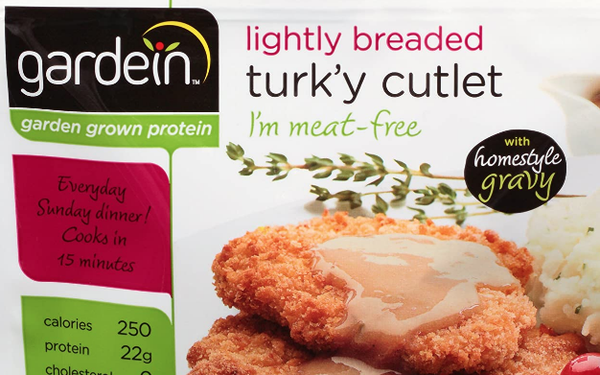 They include a total of six new plant-based items from four of the company’s brands: Birds Eye, Healthy Choice, Gardein and Marie Callender. Gardein’s two new entries, for example, are a plant-based soup (with five versions)  and a plant-based jerky snack.

Five additions to the Blake’s, Evol and Healthy Choice lineup cater to keto-friendly, low-carb, reduced-gluten and vegan appetites. Evol has two keto-friendly pizzas plus “lifestyle bowls” in four flavors—two of them plant-based and two paleo-friendly.

The pandemic’s acceleration of in-home eating occasions has been a boon to Conagra’s bedrock frozen, snack and “staples” offerings, as highlighted by the company’s Q4 2020 earnings.

They expressed optimism that demand “will likely remain elevated in the near-term, given both consumer perceptions about returning to work and eating outside the home,” in the words of president and CEO Sean Connolly.

While millennials are 25% of the U.S. population, they represented 39% of new Conagra buyers in the 14 weeks ended May 31. Gen X was 29% of the population and accounted for 29% of new buyers.

Like other CPG marketers, Conagra cut advertising and promotion spending in its fourth quarter—by about 20%—in the face of heightened consumer demand. Executives gave no indication about spending going forward.

The staples category—home to brands like Armour, Chef Boyardee, Hebrew National, Hunt’s, PAM and Vlasic—saw a nearly 50% sales rise in the fourth quarter.

Conagra categorizes shifting consumer behavior as “discovery” and “rediscovery.” The former includes learning new skills and using home delivery, while the latter can involve baking as an activity and cooking together.

“We believe that many of these activities have staying power and are likely to persist even after a post-COVID world in whatever new normal we settle into,” said Connolly.

An increase in at-home entertainment drove a 65% increase in sales of Act II popcorn in the 14 weeks ended May 31. One factor cited by Connolly is the trend for studios releasing more movies for at-home, on-demand audiences, given theater shutdowns.