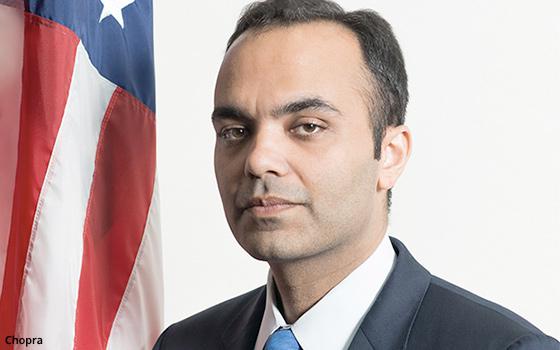 Specifically, Chopra said Congress may need “to reassess the special privileges afforded to tech platforms, especially given their vast power to curate and present content in ways that may manipulate users.”

He issued the statement issued in conjunction with a new FTC report to Congress on social media bots.

Chopra adds that one solution to disinformation could involve increasing platforms' “accountability.”

Currently, Section 230 of the Communications Decency Act generally provides that web companies aren't responsible for posts by outside parties -- real people as well as bots.

That law, considered the foundation of the modern internet, is now facing challenges by lawmakers in both parties.

The most prominent attack on Section 230 came in May, when President Trump issued an executive order that aims to task the FCC with creating regulations that would link companies' protections under the law with their content moderation policies.

Trump, like other conservative politicians, appears to believe that tech companies aim to suppress right-wing views -- despite a complete lack of empirical evidence.

Chopra doesn't accuse social media companies of suppressing political views. Instead, he argues that the platforms have little incentive to crack down on fake accounts or bots that spread lies, because those accounts often succeed in increasing engagement.

“For major social media platforms, bots can be a boon, and a consensus is forming that they cannot be trusted to solve this problem on their own,” he writes. “Bots and fake accounts contribute to increased engagement by users, and they can also inflate metrics that influence how advertisers spend across various channels.”

Chopra adds: “Given the failures of platform policing, a comprehensive solution may require the imposition of specific requirements to increase accountability and transparency.”