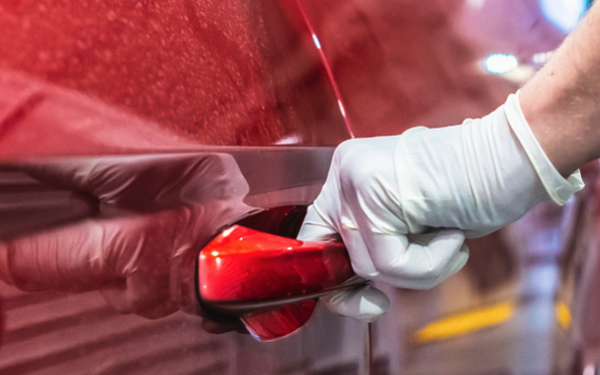 They might have been putting their vehicle buying plans on hold, but consumers were still paying close attention to how automakers were navigating the pandemic, according to a study.

Across all industries, brands have adjusted their marketing and customer communications to the COVID-19 crisis. The top brands car shoppers recognized as having responded well to the crisis were Ford (19%), Honda (18%), Toyota (18%), Chevrolet (16%), BMW (11%), and Audi (10%).

However, more than a quarter (27%) of car shoppers said no auto brands stood out as having responded well to the health crisis, according to a soon-to-be-released study from CarGurus.

While most automotive brands have produced COVID-related creative work during the pandemic, there are two factors that really made a brand stand out in the study — moving quickly and personal communication, says Madison Gross, director of customer insights at CarGurus.

“It is no surprise that Ford earned the top spot since they announced COVID-related assistance as early as mid-March, with delayed payments and its philanthropic arm donating to nonprofit groups in Michigan,” Gross tells DriveTime. “Our study also showed that most shoppers expect brands to be transparent about the additional precautions they are taking during this time, so brands with thoughtful personal communication through channels like email or direct mail were likely to fare well with vehicle owners.”

There was a strong link between car shoppers’ perception of a brand’s response to the crisis and their likelihood to consider that brand, according to the study.

When compared to the April CarGurus COVID-19 Sentiment Study, this latest analysis shows consumers have had a sustained, high interest in purchasing vehicles amid the pandemic.

“While 2020 auto sales may be lagging, they are certainly not lost due to the pandemic,” Gross says. “The study also shows us that COVID-19 has caused vehicle ownership to become more vital to consumers’ everyday lives, often replacing other transportation methods such as ride-sharing or public transit.”

Fewer shoppers reported delaying car purchases in June versus April, and most vehicle sales are not lost in the long term due to the pandemic. In addition, COVID-19 has even stimulated some new demand for vehicles.

In June, 69% of car shoppers reported delaying their car purchases, down from 79% in April.  Only 2% of those who had planned to buy in 2020 before the pandemic have now delayed their purchase indefinitely, down from 8% in April, and 22% of those who either currently plan to purchase in 2020 but have yet to do so, or already purchased a vehicle in 2020, had actually not planned to buy a vehicle before the pandemic.