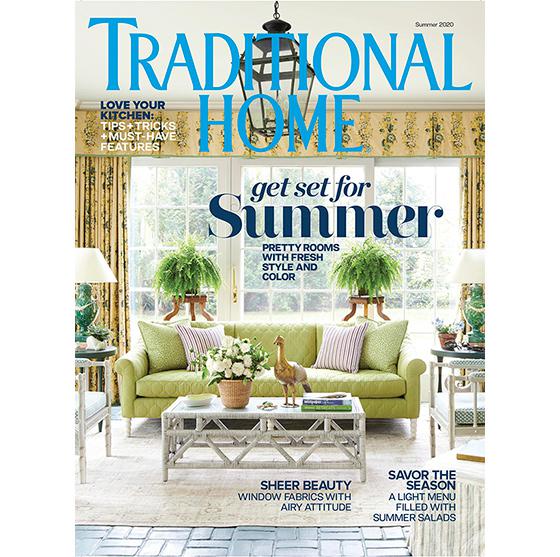 Meredith Corp is offering another of its premium quarterly titles for home delivery with Traditional Home’s new subscription plan, beginning with its fall/winter issue.

Traditional Home, which retails on newsstands for $12.99 an issue, is available for an annual subscription rate of $20 for four issues.

Doug Olson, president, Meredith Magazines, stated: "Offering consumers home delivery is a logical next step, based on the overwhelmingly positive response of readers and the success of Cooking Light and Coastal Living's pivot to Meredith's consumer-driven model. It's a profitable and innovative way for us to deliver our desired print brands like Traditional Home to our passionate and loyal readers."

The unit has been instrumental in Meredith’s recent series of premium magazines that rely on high-impact photography and heavier paper stock.

In addition to Traditional Home, Meredith Premium Publishing produces newly launched titles Sweet July with Ayesha Curry and Reveal with Drew and Jonathan Scott, along with Meredith brands Rachael Ray in Season, Coastal Living and Cooking Light that have each been newly imagined as premium, quarterly titles.

Recently, Traditional Home has recorded growth across Facebook and Instagram. Of that growth and the title’s future, Waage stated: "With all the renewed attention consumers are giving their homes during these times, we're thrilled to add home delivery of Traditional Home to our strong presence at newsstands nationwide. We will keep giving our readers, both loyal and new, what they love — modern takes on classics design that's timeless, fresh, and focused on livable, personal style."