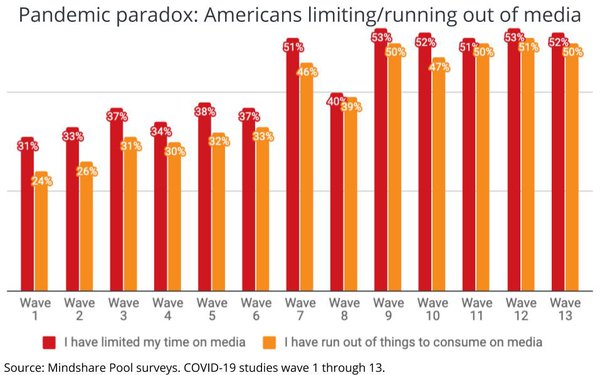 Months into the COVID-19 pandemic a surprising media paradox has manifested, according to an analysis of 13 waves of surveys from Mindshare's "Pool" studies of American media consumers.

Roughly half of Americans surveyed said they are explicitly limiting the amount of time they spend on media to avoid hearing news about the pandemic, while roughly the same percentage say they have also run out of things to watch, read or listen to on media.

The studies reveal a potentially related paradox that has implications for brand marketers leaning in or out of pandemic-related marketing and messaging: The percentage of Americans who say they are aware -- on an unaided basis -- of any brands or companies that are helping with the crisis remains relatively low, only 32% in the most recent wave.

Mindshare analysts say there may be a correlation between Americans limiting the amount of time they spend with media and their relatively low awareness of brand marketing related to it. 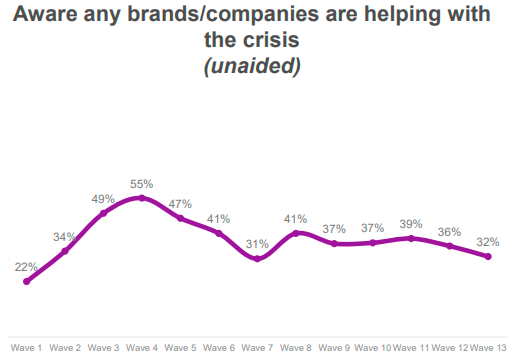