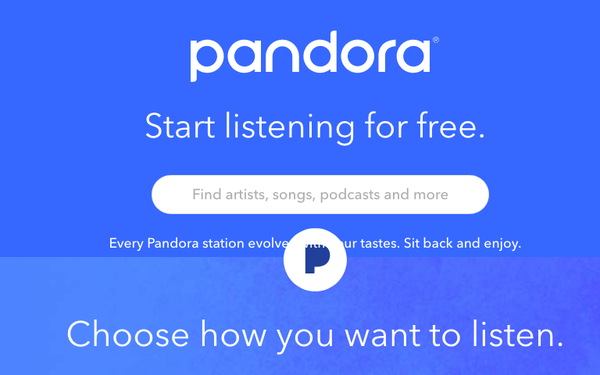 Pandora just announced the beta-testing phase of its interactive advertising rollout, as the idea of talking to machines has become more common on apps, websites -- and, of course, with chatterboxes like Siri and her contemporaries.

Last year Spotify began offering its advertisers the ability to interact with consumers, too. Voice on Spotify lets consumers ask for certain music on their playlists. Pandora basically matches that now. In addition to the interactive ads, Pandora has expanded its Voice Mode function to also let listeners pick songs or specific albums.

Still, the fact that a listener can actually talk back when a commercial asks them to is weird enough that the ads  Pandora ran in its alpha test had to first get audiences accustomed to it.

A sample Pandora ad that Doritos ran during the alpha phase last year started like a “regular” ad with a hard-sell pitch. That ad suddenly stopped and a new voice took over. “Nope! For 2019, it’s a new kind of ad, one you can talk to,” a hipper-sounding guy said. “So say yes at the tone if you want us to keep it real.”

Assuming you say “yes,” the ad continues. But, “If a listener replies no or doesn’t reply at all, we resume music playback,” a Pandora spokeswoman says.

If phase one was simply an audio advertising version of “Getting to Yes,” then this beta chapter promises bigger leaps. Pandora says this go-round it wants to discover if  “voice ads are better suited for driving conversation at the upper funnel, or are listeners ready to take action through more promotional messaging?” How does an advertiser maximize the possibilities? And do listeners “understand they can talk to ads”?

And then, finally, Pandora wants to know, what are the “benchmarks for voice ad engagement?"

Lots of brands apparently want to know, too. Pandora says advertisers such as Acura, Anheuser-Busch, The Home Depot, KFC,  Purex Laundry Detergent, Purple, Unilever, T-Mobile, Volvo, and Xfinity, among others, are signed up to test the product, along with Doritos again. The first phase had many fewer participants.

Beyond just saying “yes” to hear the rest of a pitch, soon advertisers could get more personal. “Would you like an alternative to Verizon or AT&T? Say 'yes' and T-Mobile will explain its grand 5G plan to steal you away."

And, Pandora says, some consumers using its Voice Mode will be offered premium access in exchange for watching an advertiser’s video. That way, Pandora says It is “flipping this user-initiated dynamic around” by providing on-demand access and getting an ad played, too.