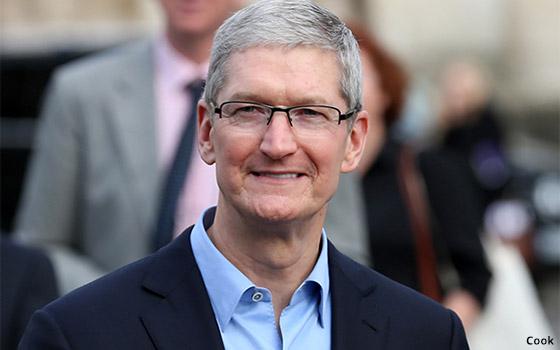 UPDATE: The House Judiciary Antitrust Subcommittee has decided to postpone the hearing so that members of Congress can recognize the memory of Representative John Lewis. The hearing has been rescheduled for Wednesday.

The press release states the committee has been scrutinizing the companies’ dominance in their respective markets and corresponding “adequacy of existing antitrust laws and enforcement” since mid-2019.

The CEOs will testify as part of the Committee’s ongoing investigation of competition in the digital marketplace.

“Since last June, the Subcommittee has been investigating the dominance of a small number of digital platforms and the adequacy of existing antitrust laws and enforcement,” House Judiciary Committee Chairman Jerrold Nadler and Antitrust Subcommittee Chairman David Cicilline wrote in a joint statement. “Given the central role these corporations play in the lives of the American people, it is critical that their CEOs are forthcoming.”

The House said testimony from the CEOs will become essential to complete this investigation.

Facebook recently lost a data privacy case in Germany, according to The National Law Review. The country’s high court found that Facebook not only dominated the online social media market, but that it used its leverage to corner the market on user data access, collection and retention.

The loss could mean Facebook will need to alter the way it collects data in Germany and other European Union countries. Google was fined $1.69 billion last year after the EC held it liable for suppressing competition in online advertising.

“Representatives will likely inquire about Amazon’s treatment of merchants that sell products on its ecommerce platform, Apple’s App Store terms that curtail the rights of third-party application developers, Facebook’s use of acquisitions to entrench its dominance, and Google’s much-scrutinized ad business, according to McCabe’s July 1, 2020 article,” MoginRubin Partner Jennifer M. Oliver wrote in a post on The National Law Review.

“According to the same source, legislators may also take the opportunity to ask about how platforms like Facebook and Google’s YouTube plan to curb the spread of misinformation and hate speech, and also about the alleged mistreatment of workers at Amazon warehouses,” she added.