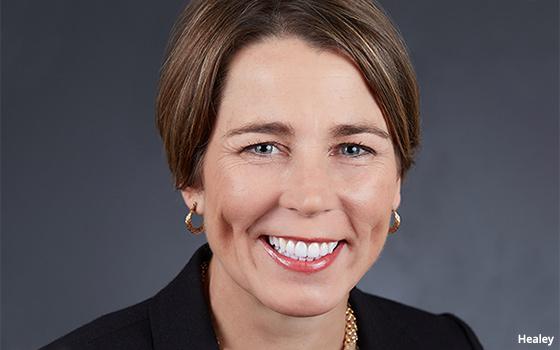 The top law enforcement official for Massachusetts is weighing in against Charter Communications' request for permission to impose data caps on broadband subscribers.

“In light of the continued pandemic, the resulting increase in residential broadband use, and Charter’s position as the sole fixed-broadband provider in almost all of its Massachusetts territories, it is not in the public interest to grant Charter’s request,” Attorney General Maura Healey says in comments filed this week with the Federal Communications Commission.

Healey's comments come in response to Charter's petition to the FCC for early termination of two conditions of its 2016 merger with Time Warner Cable. When the FCC approved the merger, the agency required Charter to refrain from imposing usage-based billing or interconnection fees for seven years.

Charter argued in a petition filed last month that the growth of online video services justifies ending those conditions in May of 2021 -- two years early.

The company argues that the online video services market has recently grown so much that it's “almost unrecognizable compared to what existed in 2016.”

Consumer advocacy groups have long argued that data caps and usage-based billing are arbitrary -- especially when companies impose caps regardless of whether there's congestion in the network.

“It would be somewhat perverse if less than a year from now -- when Massachusetts residents may very well still be relying on broadband to maintain all aspects of their lives -- Charter imposes data caps or pricing models on captive customers that dramatically increase the price of broadband for the average household,” Healey writes.