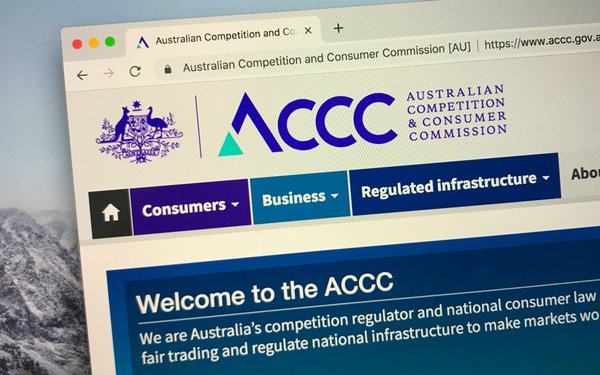 Google misled consumers with its 2016 privacy changes, which allowed the company to combine data about people's “anonymous” web-browsing activity with their personally identifiable data, regulators in Australia alleged Monday.

The company “failed to properly inform consumers, and did not gain their explicit informed consent, about its move in 2016 to begin combining personal information in consumers’ Google accounts with information about those individuals’ activities on non-Google sites that used Google technology, formerly DoubleClick technology, to display ads,” the Australian Competition and Consumer Commission alleged.

The Australian regulators noted that when Google acquired DoubleClick in 2008, the company told the Federal Trade Commission and EU regulators that it would not combine DoubleClick data about consumers with data about their activity on Google services, because DoubleClick's contracts prevented Google from doing so.

Google rolled out the change in policy in June of 2016. At the time, the company asked users to opt in to receive personalized ads, and promised users that doing so would allow them to control ads more easily.

The Australian agency alleges that Google's wording to users was misleading.

“Consumers could not have properly understood the changes Google was making nor how their data would be used, and so did not -- and could not -- give informed consent,” the agency stated.

Agency chairman Rod Sims added: “We believe that many consumers, if given an informed choice, may have refused Google permission to combine and use such a wide array of their personal information for Google’s own financial benefit.”