TV Ad Impressions For Streaming Services Doubled In First Half 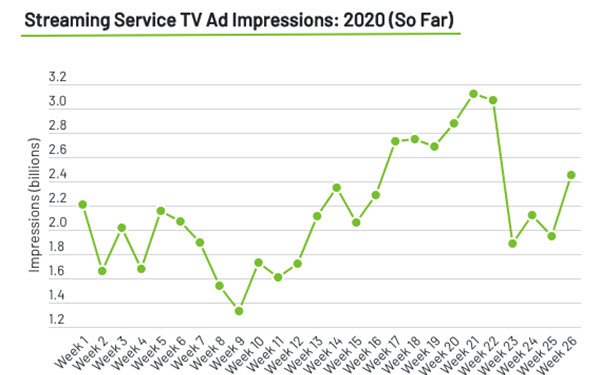 Impressions for TV ads promoting streaming services exploded in this year’s first half, rising 120.6% year-over-year, as existing and new services capitalized on the pandemic’s stay-at-home scenario to add subscribers.

Streamers’ TV ad minutes totaled 93,774 — up from 42,627 minutes in 1H 2019, according to a report from advertising measurement and attribution company iSpot.TV.

That was fed further by broadcast networks’ advertising support for streaming service launches, which made it “even more likely that turning on a device meant audiences were seeing a promo for streaming,” points out iSpot.

HBO Max, Quibi and Peacock accounted for nearly 10% of the total ad impressions in the period.

But still-new Disney+ was in third place, and new streamers Apple TV+, AT&T TV, Food Network Kitchen and Peacock TV also made the top 10 in impressions: 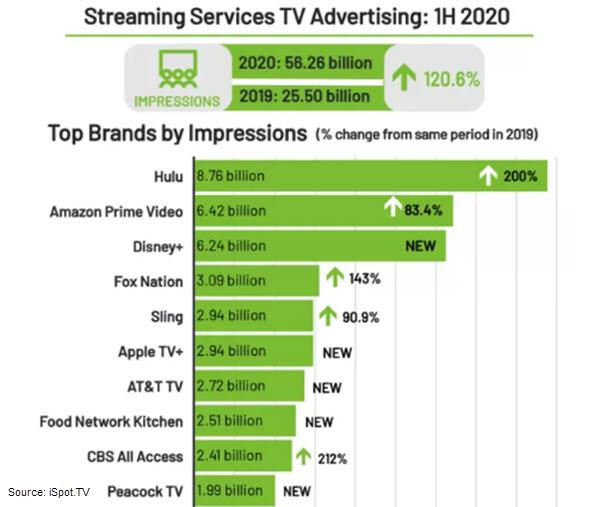 The collective “media value” of streaming-service ads — how  much the advertising is worth across all networks — rose by 205% year-over-year, to top $1 billion: 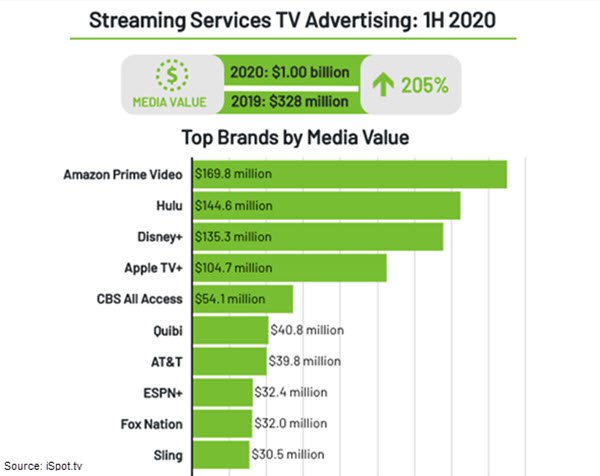 (Note: iSpot uses “media value” to acknowledge that network-owned services tend to prioritize advertising on parent-company networks, and those ads are not paid for with traditional “ad spend.”)

Focusing in on the end of the first half (March 12 to June 30) shows that ad investments accelerated as the pandemic progressed. Disney+ and Hulu accounted for more than 31% of ad value during this period: 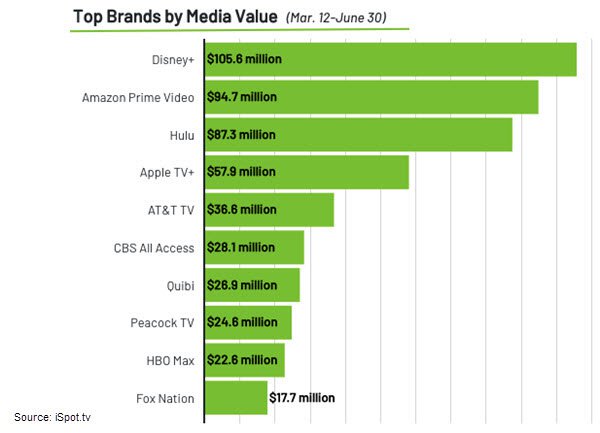 Hulu and Disney+ had billions of impressions on Disney-owned ABC, FX and ESPN, and Fox Nation ads appeared frequently on Fox News. NBC aired a lot of Peacock ads, and also ads for other services: 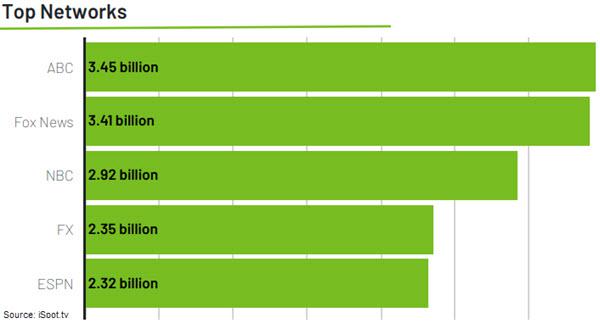 Creative-wise, here are the ads that earned the most impressions from mid March to end of June: 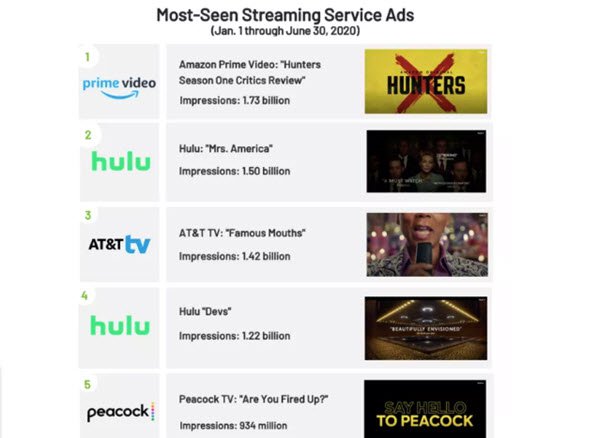