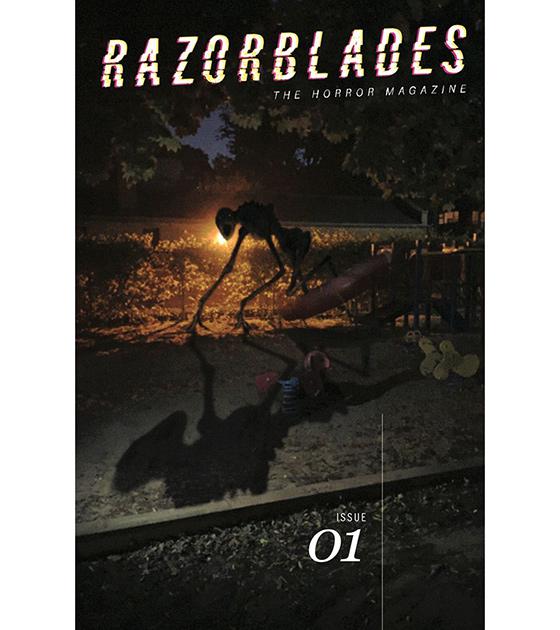 Though the focus is online publishing, Tynion IV also appreciates print’s appeal. There is a limited-edition 500 copy print run of the first issue, available at ReadRazorblades.com. The digital version is a pay-what-you-want download.

The quarterly “Razorblades” expects to publish its second issue around Halloween.

Tynion IV has a successful history with DC Comics. He co-wrote “Batman/Teenage Mutant Ninja Turtles” and was one of the head writers of “Batman Eternal.”

“Our goal was to focus on the rising class in the comic-book industry,” Tynion IV writes in the issue’s introduction. “Young creatives, starting to make their name in horror, or in comics in general. We’ve asked them to bring us their most frightening work, grounded in the modern world, not trying to evoke something from decades past.”

“Razorblades” will mix features with interviews, including Scott Snyder (“American Vampire”) in the debut issue discussing the horror genre.

The magazine is curated by writer/editor Steve Foxe, the author of more than 50 comics and children's books for "Pokémon," "Batman" and "Adventure Time." The initial print issue is 76 pages.

The pub is also committed to artistic freedom. The creators keep creative control of their work, which they can republish.