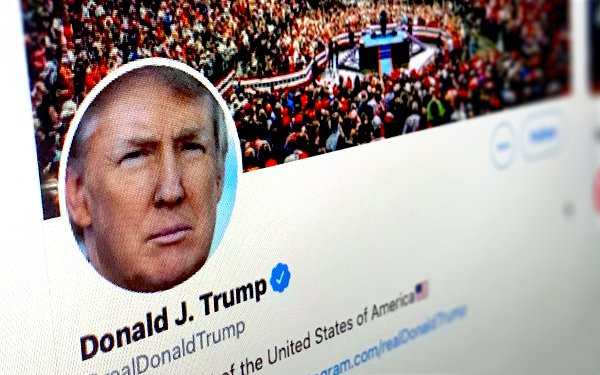 President Trump continues to block critics on social media, despite judicial rulings that doing so violates the First Amendment, a watchdog alleged in a new lawsuit filed Friday.

“This case is made necessary because defendants continue to unconstitutionally block ... individuals from the @realDonaldTrump Twitter account,” the Knight First Amendment Institute at Columbia University alleges on behalf of five individual Twitter users in a complaint filed in federal court in Manhattan. Trump and social media director Daniel Scavino are named as defendants.

“The Knight Institute has sent multiple letters and emails to defendants explaining that the continued blocking of these individuals from the @realDonaldTrump account violates the First Amendment, and asking defendants to unblock these individuals’ accounts, but defendants have expressly refused,” the complaint alleges.

In 2017, the Knight Institute initially sued the White House on behalf of seven Twitter users who had been blocked after criticizing Trump. They argued that the White House violated free speech principles by blocking people based on their political views.

The following year, U.S. District Court Judge Naomi Reice Buchwald in New York sided against the White House and issued a declaratory judgment that the blocks were unconstitutional.

The U.S. Department of Justice appealed to the 2nd Circuit, arguing that Trump acts in a “personal” capacity, as opposed to an official one, when he blocks people on Twitter.

A three-judge panel of that court upheld Buchwald's decision, ruling that evidence of the account's official nature was “overwhelming.”

The Justice Department then urged the 2nd Circuit to order a new hearing in front of all or most of the circuit's judges. The appellate court rejected that request in March, with two judges dissenting.

The White House hasn't yet said whether it will seek review by the Supreme Court.

The Knight Center says that the administration unblocked the original plaintiffs in 2018, as well as others who had been blocked over critical comments.

But the organization says the administration has refused to unblock people who fall into two categories -- those who can't specify the tweet that led to the block, and those who were blocked before Trump took office.

The Knight Institute is seeking a declaratory judgment that the continued blocks violate the First Amendment, and an injunction requiring the White House to unblock all accounts unless it can “justify the blocking on an individualized basis.”