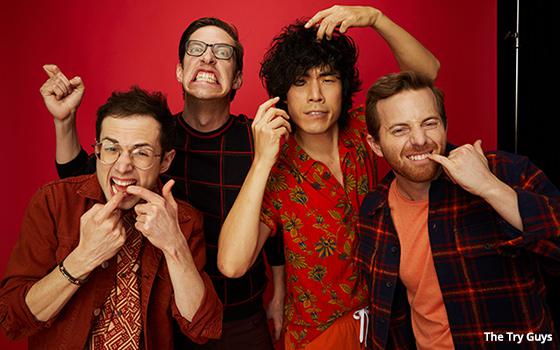 Kroger is joining forces with YouTube stars The Try Guys for a content partnership to raise awareness for the grocery chain’s online delivery options and to promote Kroger’s Zero Hunger | Zero Waste Foundation.

The multiplatform content spans two Try Guys creative concepts. One is an integration into The Try Guys’ “Date Night” series, while the second is a custom concept created specifically for Kroger. Both encourage the use of ingredients that can be found either at your local Kroger or your own pantry, emphasizing the foundation’s goal of using what’s on hand to eliminate as much waste as possible.

“Knowing that most of America has been cooking at home more during lockdowns over the last several months, working with Kroger to produce branded content using The Try Guys made a lot of sense,” Powell says. “We have analytics that show The Try Guys' audience loves to cook and many consider themselves to be ‘aspiring chefs,’ cooking at home multiple times a week,” he says.

As a part of Try Guys’ existing “Date Night” show, home chefs Ned and Ariel Fulmer attempt to recreate the sushi doughnut —a famous restaurant dish that recently went viral — using only everyday ingredients found at home and their local Kroger. The couple uses Kroger’s online delivery option to have the recipe ingredients delivered to their door in a socially distanced way.

Kroger and Try Guys’ “Leftovers Roulette” is a three-video custom content series that will live on Facebook and Instagram starting in September. In this series, the guys use the leftovers in their refrigerators to create entirely new fusion dishes.