Can Ralph Lauren Win Over A New Generation? 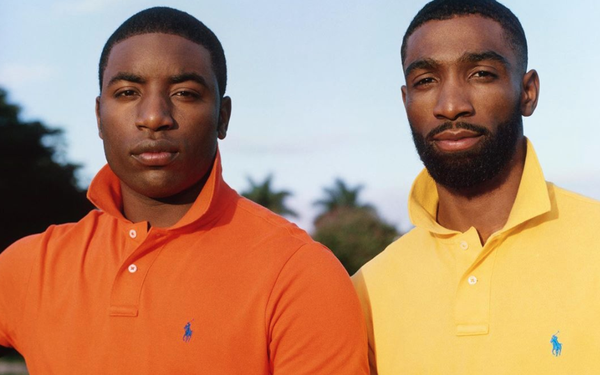 Ralph Lauren's just-released quarterly earnings show just how pressured even the best-known brands can be, with sales nosediving and losses mounting. Worse, the company's ongoing efforts to better build cultural cachet with a younger audience, including movie tie-ins and Olympic sponsorship, continue to fizzle due to COVID-19 delays.

For its fiscal first quarter, the company says total revenues dropped 66%, to $487 million, and in North America it plunged 77%, to $165 million. In retail, comparable store sales here fell 64%, thanks to a 3% gain in digital commerce. Declines were similarly depressing in Europe and slightly less in Asia.

It reduced operating expenses by 30%, including marketing budget cuts, employee furloughs and rent relief. Still it wound up with a net loss of $128 million, compared with net income of $142 million in the comparable period of last year.

The company has made winning over a new generation of customers a key corporate priority. It says its signature Pride campaign and capsule, RL @ Home program, and its exclusive capsules with Zalando and Asos, helped fulfill this goal.

The company says it "pivoted marketing investments away from in-store activations and major sporting events and toward values-based, digital brand-building activities during store closures," in its announcement, including a 34% reduction in marketing expenditures.

But the pandemic continues to suck the wind out of the company’s efforts to regain cultural currency. Take the Olympics. Ralph Lauren has been dressing Team USA since 2008. And with the games postponed until 2021, it recently announced the "One-Year-Out Collection," a patriotic line, with 25% of the purchase price going to the Team USA Fund, supporting athletes still in training. But some Japanese officials have indicated the games may be canceled entirely if virus rates aren't contained.

The company also just rolled out a Ralph Lauren X Wonder Woman collection at Bloomingdale's, which was to have been tied to the release of "Wonder Woman 1984." The premiere of that film, starring Gal Gadot, has been bumped repeatedly and is now scheduled for October.

"While the sharp drop in sales is to be expected, the pace of decline at Ralph Lauren is far faster than that experienced in many other parts of the retail sector," writes Neil Saunders, managing director of GlobalData Retail, in his reaction to Ralph Lauren's report, especially in North America.

"As social events and activities have ground to a halt, so too has purchasing. The same dynamic also holds true for more formal products that are purchased for work. Second, while some customers have been prepared to pay premium dollars for luxury apparel, many middle-income shoppers have deprioritized their spending on clothing."