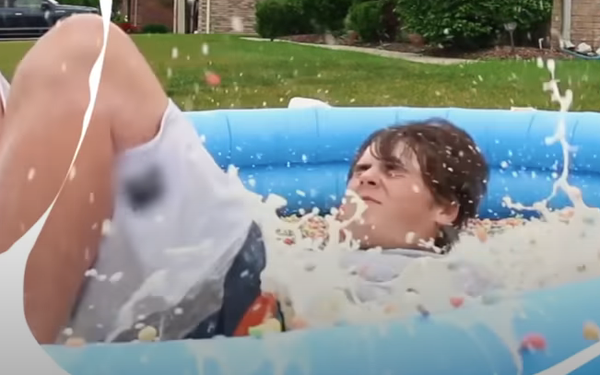 With consumption of its liquid staple rising during the pandemic, the milk industry is resurrecting the iconic “Got milk?” campaign in hopes of appealing to a new generation.

This time around, we won’t see the white moustaches that adorned celebrities and other notables in the original campaign created for the California Milk Processor Board (CMPB) in 1993.

Instead, the Milk Processor Education Program (MilkPEP) wants young people to become stars of the rebooted campaign by sharing their milky experiences on social media.

Before the pandemic, milk sales had seen year-over-year declines for more than a decade as consumption declined and plant-based alternatives emerged.

But dollar sales of whole milk rose 7.1% counting down a year from the period that ended July 25 and 13.2% in the 21-week period ended July 25, according to Nielsen.

“A lot of it is driven by people being at home, because 80% of milk consumption is at home,” MilkPEP CEO Yin Woon Rani tells Marketing Daily.

“With all the shelter-in-place orders, that obviously has changed peoples’ lifestyles and behaviors. We’re seeing that many moms and parents rate milk as the most essential product they could have during this time period.”

A 30-second spot from Weber Shandwick shows young people doing all sorts of wacky things with milk and encourages them to share their shenanigans using the hashtag #gotmilk.

“There’s been a huge outpouring of people using milk, posting about it, celebrating it —and that’s what we’re featuring in our advertising,” says Rani.

MilkPEP is using a wide array of media to communicate its messages, including a partnership with TikTok and such influencers as Olympic swimmer Katie Ledecky. A video of Ledecky on TikTok shows her swimming while balancing a glass of milk on her head.

“Starting next week, we’ll be adding a wide range of about 20 different television networks, from broadcast to cable,” including ABC, Food Network, Disney, HGTV “and also a significant in-store presence,” says Rani.

MilkPEP is funded by the nation’s milk companies. It is licensing “Got milk?” from the CMPB. Separately, the California Milk Advisory Board today announced the next phase of its Real California Milk Snackcelerator competition.

The purpose of the competition is to “inspire new ideas integrating the flavor and functionality of California dairy into snack formulations that meet the needs of today's consumers.”

Entrants proposing new snack product concepts must use cow's milk as their first ingredient and have it comprise at least 50% of their formula.

The winner of the 2019 inaugural competition was Bears Nutrition, which markets ready-to-drink, milk-based nutritional shakes for children.