The One Club Restores Original Name For Its Upcoming Multicultural Conference 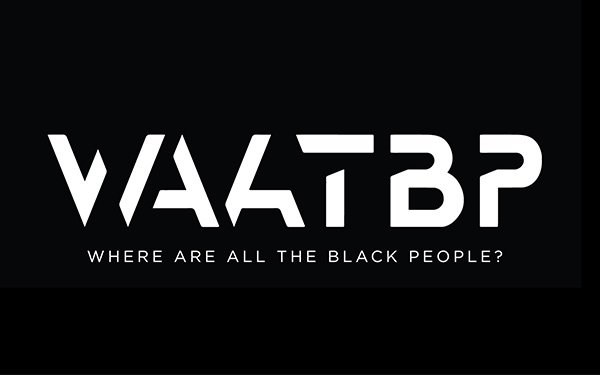 In support of the name change, the event has new branding developed pro bono by Anthony O'Neill and Benny Gold, a pair of creatives at Goodby Silverstein & Partners.

“In the 90s, Ed Crayton asked, ‘Where are all the Black people?’ said Jimmy Smith, chairman/CEO/CCO at Amusement Park Entertainment and One Club Board member. “In the mid-2000s, Mike Hughes, former president of The Martin Agency, said ‘Jimmy, I’d hire them (Black people); I just don’t know where to find them.’  As the saying goes, ‘If it ain’t broke, don’t fix it.’  Clearly, when it comes to race, the advertising industry is broken.”

“We pulled an Alex Haley,” quips Smith. “We went back to the roots of why the program was created in the first place.  We fixed the title back to ‘Where.’”

The 10th edition of the free online conference/career fair, typically held in person in NYC, will address the new realities of race, inclusion and diversity in advertising.  The conference features dozens of speakers on panels, virtual recruiting, online portfolio reviews, masterclasses and a talent showcase.

“In retrospect, we were overly optimistic six years ago about the progress made regarding diversity in advertising. The mission was far from complete back then, and it’s still incomplete today,” said Kevin Swanepoel, CEO, The One Club.  “By returning to the original Where Are All The Black People name, we’re again putting that uncomfortable but critical question front and center, and challenging the industry to take meaningful action and make real progress.”

The originations of this event started more than 20 years ago during a Goodby, Berlin & Silverstein holiday party when a young Black copywriter named Ed Crayton posed a half-serious question to agency partner Jeff Goodby: “Where are all the Black people?”

After subsequent conversations with Smith about creating ad and design job opportunities for minority students, Goodby and Smith used that question as the title of their panel on diversity during The One Club’s 2011 Creative Week.

Strong interest in the topic led The One Club to expand the concept into a day-long multicultural conference and career fair later that year.  By 2014, with hundreds of annual attendees and greater attention being paid to the issues, the club rebranded the conference as “Here Are All The Black People.”

agency, conferences, multicultural
1 comment about "The One Club Restores Original Name For Its Upcoming Multicultural Conference".
Check to receive email when comments are posted.
Next story loading