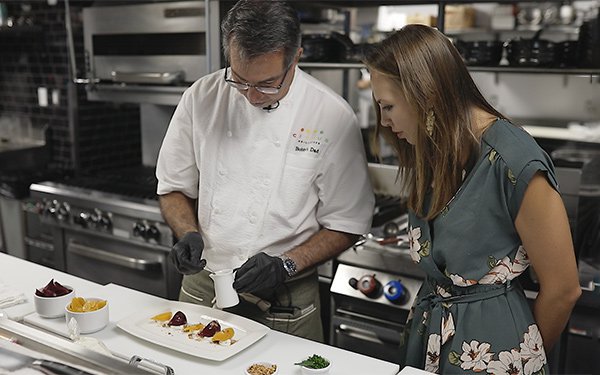 As many travel destinations have had to rethink how to promote themselves during the pandemic, Indian River County in Florida is moving beyond the scenic one-page ads or 15-second clips to instead showcase its amenities through a five-episode series airing on IGTV and YouTube.

The “Uncovering Indian River” show, developed in-house with agency Adams Media Group, features local influencer Kat Redner as she guides viewers to experience some of her local favorites that are considered a “staple” in her community. This region encompasses Vero Beach, Sebastian and Fellsmere.

The first episode, for instance, showcases the Kimpton Vero Beach Hotel & Spa as well as the SS Breconshire shipwreck via tour group Paddles By The Sea.

The highlighted companies did not have to pay to be spotlighted. The group selected participants based on availability and on a first-come basis. The destination hopes to continue this series after the pilot and would like to eventually highlight all tourism partners in Indian River County.

Upcoming episodes will feature Eco-friendly spots, those that are considered “family-friendly,” cultural as well as spotlighting dining opportunities and adventure-filled attractions.

“We think the timing is right for us to not just tell but actually show the world what we have to offer,” explains Kirk Funnell, tourism director, Indian River County. “Our team came up with the idea of developing visual content that tells the story from the local perspective.”

This is the first time the tourism organization has explored video marketing and social media. There are high expectations, states Funnell. “We believe it will perform better than traditional campaigns,” he says. “Video is more eye-catching and interactive and we believe, being on social platforms, it will allow potential followers to like, share, and comment on its way to being very successful.”

The first episode debuted August 14 on Instagram’s IGTV and YouTube, with the remaining shows rolling out over the next few weeks. Indian River is already reaching out to potential partners for future episodes of the series.