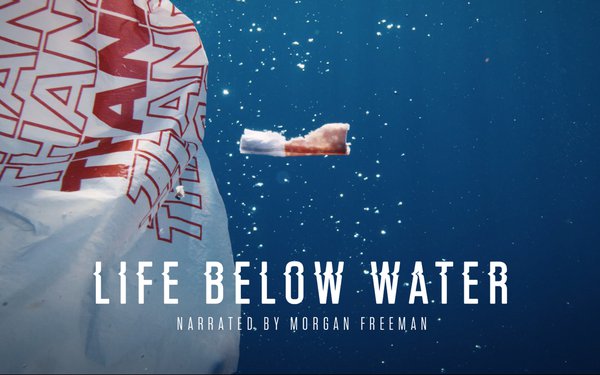 Deutsch LA’s “Unskippable” highlights poverty, using YouTube’s video ad sequencing format  to challenge stereotypes and encourage citizens to see the homeless community as human, and rethink skipping over the content as most would with pre-roll ads.

Based on whether the viewer skips or views each piece of the content, they are given the choice to engage and learn more about the homeless person’s story and how they can help join the effort to end poverty.

The effort includes five spots and a short film running on YouTube through August.

Leo Burnett Chicago’s effort addresses responsible consumption and production. The “Do Nothing” creative uses humor to suggest the best way to make a more sustainable world is simply to stop shopping, wasting food or using heat. Just do nothing.

The clip intermixes comments from comedians such as David Cross, Gilbert Gottfried, and Bridget Everett to urge the audience to do their part in doing nothing.

Goodby Silverstein & Partners spotlights plastic pollution in oceans with a short film shot under water and narrated by actor Morgan Freeman. Titled “Life Below Water: The Arrival of a New Species,” the film urges viewers to take action.

The YouTube campaign unfolds over the month of August via the platform’s video ad sequencing offering. This will include two six-second teaser ads, a short film, and four call-to-action messages.

“With attention spans shrinking and a majority of YouTube viewing taking place on mobile devices, a sequential approach to storytelling provides the opportunity to tell stories in easily digestible parts,” explains Christine Chen, partner and head of communication strategy at GS&P.

In the coming months, these three pieces of work as well as work by other agencies will be featured at the UN General Assembly, the Tribeca Film Festival, and Advertising Week 2020.

All of the work was developed by agencies after being selected by the UN, YouTube and Google, which is backing the project.