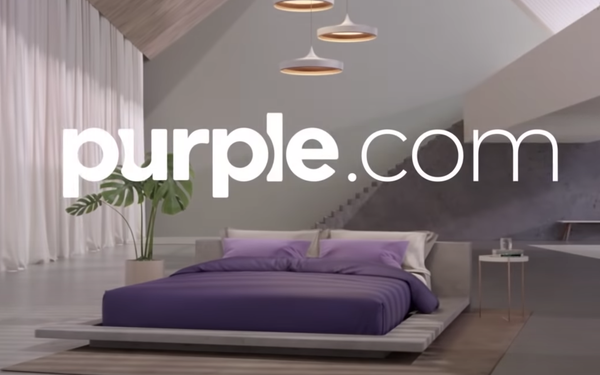 As a COVID-weary nation hunts down a better night's sleep, Purple Innovation is setting new sales records. But rival Casper is hitting some speed bumps, worrying investors as it spends more to add fewer customers.

Purple, based in Lehi, Utah, says its second-quarter sales hit a record $165.1 million, a 60.3% jump from $103 million in the comparable period last year. Its D2C
revenue climbed 127.9%, as wholesale sales dropped 49.3%. And its operating income surged to $32 million, compared to an operating loss of $2.4 million in the year-ago period.

The company says it achieved the results by capitalizing on the virus-vexed consumer. "Following a brief scale back in our operations early in the pandemic, we quickly ramped production and fulfillment capabilities and pivoted back to our digital roots," says Joe Megibow, chief executive officer, in its announcement. He says the company shifted efforts to D2C to capture the growing online demand.

Americans wanted to get comfy as they sheltered at home, driving sales increases not just in mattresses, but in seat cushions, pillows and sheets. "Our exceptional digital performance more than offset the decline in wholesale revenue, which was down due to significant store closures and reduced traffic,” says Megibow.

While sales also grew at rival Casper Sleep, the gains were more subdued. The New York-based company says that revenues rose 15.7% to $110.2 million in the quarter and that it also saw record gains in its ecommerce division. In sales among its retail partners, results grew an impressive 61%.

Casper trimmed its net loss to $24.2 million, an improvement of nearly $3 million from the year-ago period.

Purple's performance is strong enough that Wedbush Security is raising its earnings estimates and reiterating its "outperform" rating.

While Purple's sales came in slightly below estimates, earnings exceeded expectations. Seth Basham, the analyst who follows the category for Wedbush, also notes the company has stepped-up mattress production and is finding marketing efficiencies. "We expect demand to continue exceeding supply for some time, driven by Purple's high-quality, truly differentiated products and marketing," he writes in his report.

Basham is less impressed with Casper, which increased advertising spending in the quarter to drive sales. "Yet its D2C sales growth—including its online sales growth—decelerated materially," he writes in his report. "While overall advertising spending leveraged sharply on lower media rates, strong organic traffic due to elevated demand and a mix shift to the partnership (wholesale) channel, this contrast, indicating worsening customer acquisition costs in the back half of the quarter, comes as a surprise."

He continues to give the company a neutral rating.