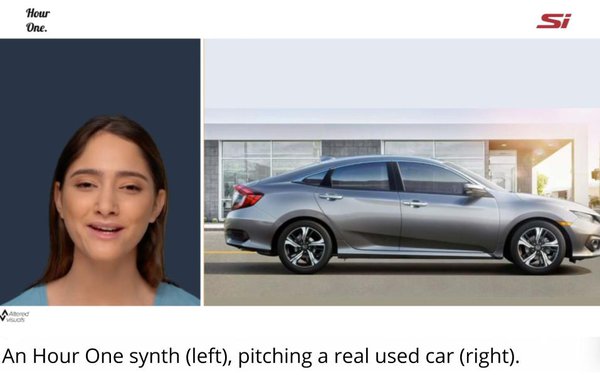 At a time when society is becoming increasingly digitized due to remote technologies, VR, AI and deep fakes, get ready to have yourself synthesized. Or at the very least, watch synthetic version of others as the new norm in commercial communications. That’s the aspiration of Hour One, an early-stage startup from Israel that has attracted former Publicis Senior Vice President of Futures Natalie Monbiot as its new business strategy lead, and de facto marketing chief.

Following more than a decade navigating the future at Publicis, and IPG agencies before that, Monbiot said she burned out on Madison Avenue’s change-resistant culture, and set out to explore new ventures, consulting for several including Tel Aviv-based Hour One, before jumping in with both feet.

This morning, it announced $5 million in seed funding, which will be used to “onboard” thousands of new synthesized versions of real people that can be used by national and local marketers to personalize their products and messages to real people, you know, consumers.

Why would marketers want to use synthetic version of people instead of real people in their campaigns?

According to Monbiot, one obvious reason during a pandemic is that it enables them to more easily turnaround remote video campaigns utilizing stock characters who can deliver any copy points they want in their ads.

Another big reason is the ability to scale highly customized -- and even personalized -- messages.

As an example, she cites campaigns Hour One has been producing for a used car dealer that utilizes one of its synths to deliver copy created explicitly for each car it sells. (Think CarFax delivered by a human being, albeit a digitized one.)

The applications seem infinite when you think about the number of categories that could benefit from this kind of mass customization, both nationally and locally.

Monbiot acknowledges the potential dystopian science fiction fears of such technology, especially at a time when society is grappling with Deep Fake technology replicating real people, often for nefarious purposes.

But she notes that every campaign Hour One fields is watermarked with a visible disclaimer that it is synthetic.

That said, the technology has already passed a version of a “Turing Test” proving most real people cannot distinguish its synths from a real person. It fielded a live test at CES last winter and most attendees could not tell the difference.

Monbiot says the proliferation of 5G and other technologies will accelerate the need for fast, agile, and cost effective commercial video campaigns, and the ability to quickly turn them around utilizing a stock of synthesized real people will all kinds of new business applications.

Among other things, Hour One’s technology enables any synth to speak in any language, making it possible to extend campaigns worldwide into any market or culture. 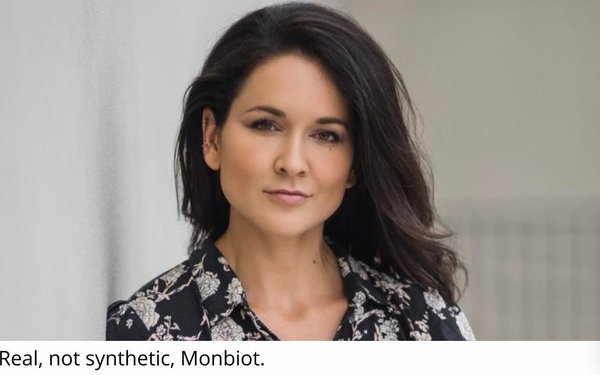