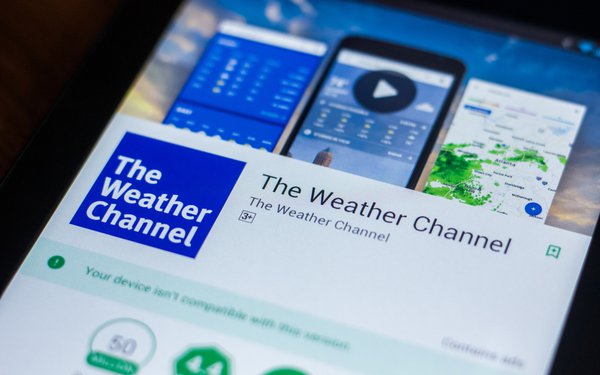 The Weather Company will revise some language in its Weather Channel app's privacy disclosures, in order to settle a lawsuit brought by Los Angeles City Attorney Mike Feuer.

Among other changes, the IBM-owned company will now explicitly inform app downloaders that they don't need to allow the app to access the phone's geolocation data in order to receive forecasts, but can instead manually enter their locations.

“Users will now clearly know that they have the choice to provide access to their locations,” he said at a press conference Wednesday.

IBM has also agreed to donate more than $1 million worth of equipment to assist with COVID-19 related contact tracing efforts.

That donation is not required by the settlement, but "in addition" to it, Feuer said Wednesday.

The settlement resolves a lawsuit brought in Los Angeles Superior Court by Feuer last year, when he alleged the app misleads users into believing their location data will only be used to provide them with personalized weather-related information. Instead, according to the original complaint, the company sells that data for ad-targeting purposes.

In June, the company filed papers seeking dismissal of the lawsuit. The Weather Company argued that California law in effect when Feuer sued only required companies to disclose their information-sharing practices in online privacy policies, as opposed in-app disclosures.

Several weeks after Feuer filed suit, the Weather Company revised the iOS location-permission prompt to include information about geo-targeted ads, according to its court papers. In April of 2019, a new version of the app for iOS and Android added a screen that specifically told users that location data could be used for advertising.

The settlement agreement requires the company to continue to inform users that their location data may be used for ads. The deal also calls for the company to inform Feuer's office of any future changes to its app disclosures for the next two years.