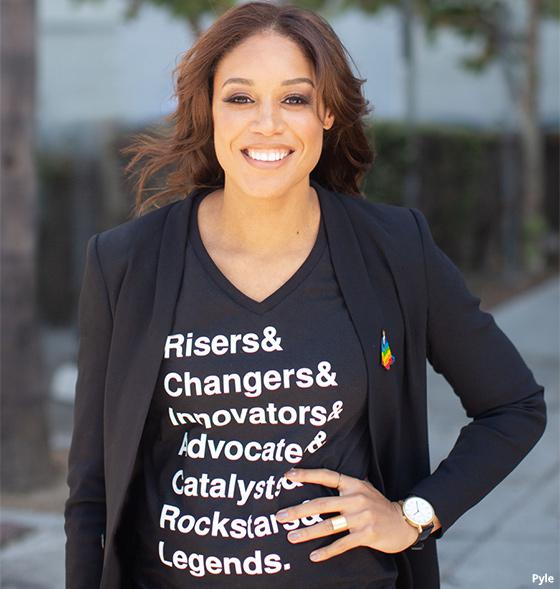 Pyle joins the company on August 31, reporting to Jacki Kelley, CEO, Americas, and will also join the Executive Leadership Team.

Most recently, she served as executive director of advertising for TIME’S UP Foundation, an organization dedicated to creating safe, equitable and harassment-free workplaces.

Previously, she served as Omnicom Group's director of diversity, where she was tasked with accelerating diversity, equity and inclusion outcomes for underrepresented communities across the Group.

In addition to her role at Omnicom, Pyle served as director of ADCOLOR, the industry group that advocates for diversity in the creative and technology fields, where she helped to launch the ADCOLOR Conference and awards program.

Pyle’s hire at DAN follows pledges by the major holding companies to step up their efforts to make their workplaces more diverse and equitable. They were spurred, in part, by a group of Black ad professionals who united in June — in the wake of the George Floyd killing while in police custody — to form 600 & Rising, which is demanding that Adland do better on the D&I front.

As a result of 600 & Rising’s prodding, the major holding companies publicly released the racial makeup of their U.S. work forces for the first time. The numbers are collected annually, as required by the U.S. Equal Employment Opportunities Commission, but haven’t been made public until now. The data revealed what has been pretty evident: The industry is woefully underrepresented by people of color.

Kelly released numbers in June that revealed Black employees at DAN’s U.S. operation made up just 1.8% of executives, 2.5% of managers and 6.9% of professionals. Those numbers are in line with the stats disclosed by DAN’s holding company competitors.

Here’s hoping that Pyle and the growing number of D&I executive counterparts at other agency groups can help make meaningful improvements in those numbers in the near future.