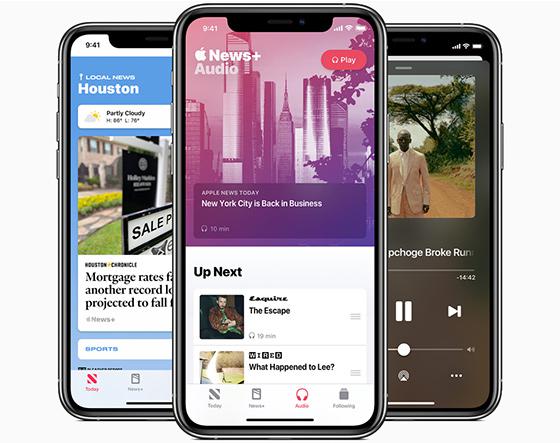 Digital Content Next — a trade group that represents The New York Times, The Washington Post, The Wall Street Journal and other publishers — sent a letter to Apple CEO Tim Cook asking for a bigger cut of revenue made through the Apple App Store.

The letter — signed by Jason Kint, CEO of Digital Content Next, asks what conditions its members “would need to meet in order to qualify for the arrangement Amazon is receiving for its Amazon Prime Video app in the Apple App Store.”

Kint was referring to a deal offered in 2017 by a top executive at Apple, who sent an email to Amazon CEO Jeff Bezos citing a 15% revenue-sharing arrangement for customers that sign up for Amazon Prime Video through the App Store.

The email was made public during a House Judiciary Committee hearing on July 29, according to Wall Street Journal reporting.

According to DCN’s letter, Cook said the arrangement with Amazon is available to “anyone meeting the conditions.”

“We apply the rules to all developers evenly,” Cook testified, CNBC reports.

However, news publishers pay Apple a non-negotiable 30% share of the revenue they make from first-time subscribers who sign up through iOS apps.

Commission goes down to 15% after the subscriber’s first year.

“The terms of Apple’s unique marketplace greatly impact the ability to continue to invest in high-quality, trusted news and entertainment particularly in competition with other larger firms,” reads the DCN letter.

Kint asked how members can qualify for the same terms offered to Amazon.

“I ask that you clearly define the conditions that Amazon satisfied for its arrangement so that DCN’s member companies meeting those conditions can be offered the same agreement,” he wrote.