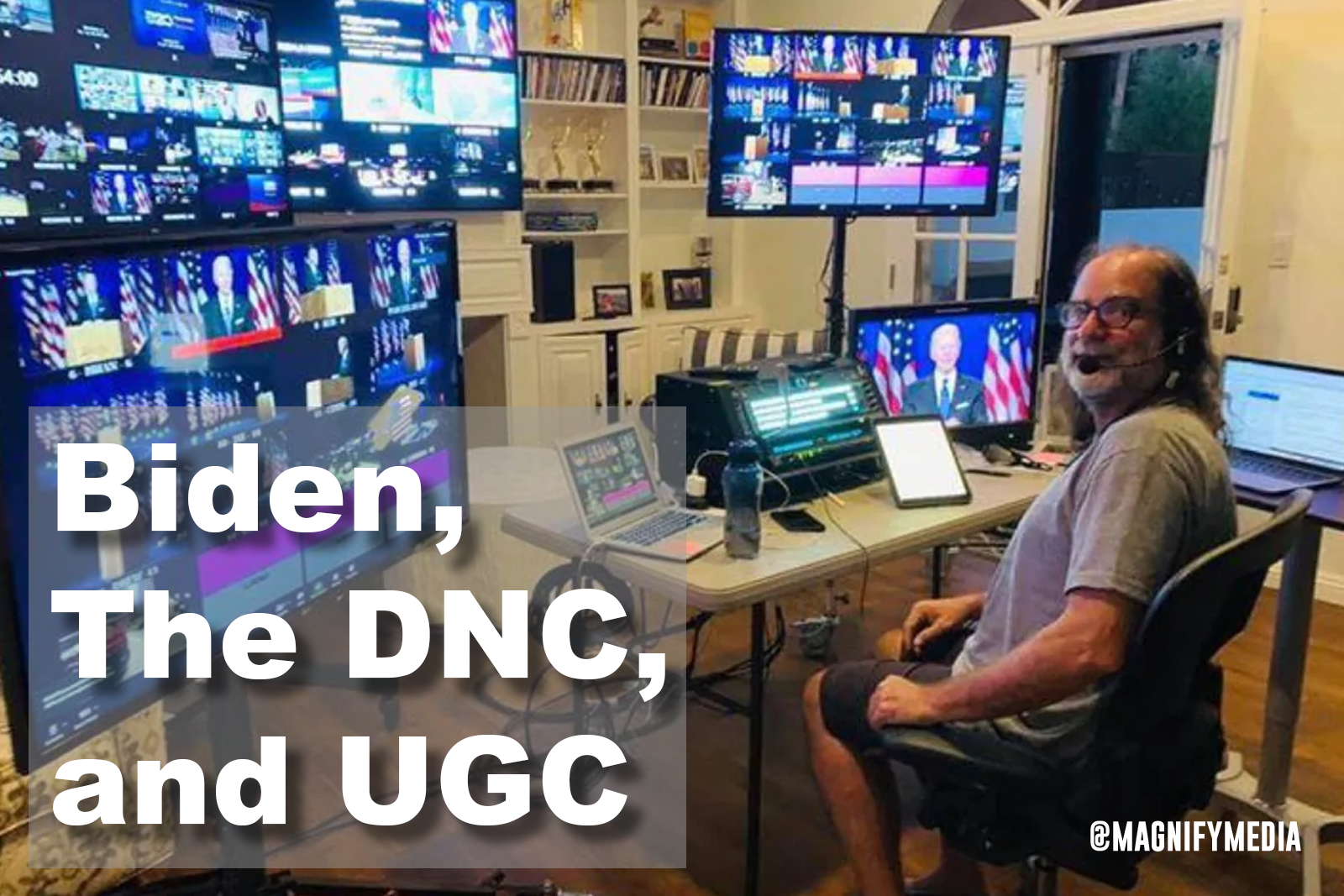 People don’t realize that what the DNC did was extraordinarily difficult -- almost impossible.

Let’s just look at the variables for a moment. First is the technology: 57 different locations each with bandwidth issues, each with its own technology. Juggling time zones, background noise, lighting, hair, makeup, and people who simply want to do it their way.

I’ve worked with user-generated content for a very long time. In fact, some folks credit me with being the “father“ of UGC.

Back when YouTube was just getting started, I created and sold an MTV show called MTV Unfiltered. Phones didn’t have cameras back then, and audience members called an 800 number and we called them back, coached them, and FedExed them what was then a sharp Viewcam.

It was inherently low-tech, and we spent much time talking to people about not shooting in front of windows, or making sure the microphone was turned on, or not jiggling the camera around too much. in the other room, we would create a little bit of polish often cut to music. But keeping authenticity was an endless battle. The question was raised often: “why not just send a beta crew?”

And so as the DNC began to plan for a week of live, remote, UGC-driven content, I feared the worst.

And those fears were based on experience. Live television isn’t made up of a single brilliant idea, it is often one million little decisions that add up to the feeling.

One can imagine the matrix that producers needed to address in planning the DNC. Political leaders from years gone by, women, minorities, LGBTQ, farmers, union members, Republican converts, housewives, doctors, actors, all needed their time on stage. Joe Biden‘s biography and story and his family needed to be introduced to America. Kamala Harris also needed an intro. All the Democrats who ran for the nomination and lost needed an opportunity to both endorse and genuinely support the new ticket.

But more importantly, the Democrats needed to talk about COVID-19, the economy, and Black Lives Matter, and do it in a way that offered a vision for the future that didn’t wallow in the sometimes overwhelming challenges of current events.

And then there was Trump. He needed to be called out on issues in a way that was not mean-spirited.

The Democrats had every opportunity to fail: technically, editorially, emotionally.

And yet, remarkably, the convention hit every note with extraordinary precision and orchestral coordination.

The distinction between Biden and the current administration was drawn with absolute, undeniable contrast: Dark versus light. Inclusion versus exclusion. A government that would put troops in American cities and tear-gas its own citizens, versus a government that wanted to rebuild and embrace the American dream.

Historians will write about the 2020 Democratic national convention — about the roll call that traveled around America and let each state represent its people. The tapestry of stories. The brave young man who stutters who was helped by Biden; the elevator operator and the selfie she took with Biden.

Joe Biden stepped out into the spotlight and gave his acceptance speech with humility and ferocity. He arrived at the DNC an unknown vice president, and left four days later a man perfectly in tune with loss, hope, and the important missions the next President of the United States will face.

The technology challenges that the DNC face could’ve been an excuse for a lackluster and maybe diminished convention. Instead, the team, the candidate, and the party all rose to the occasion.