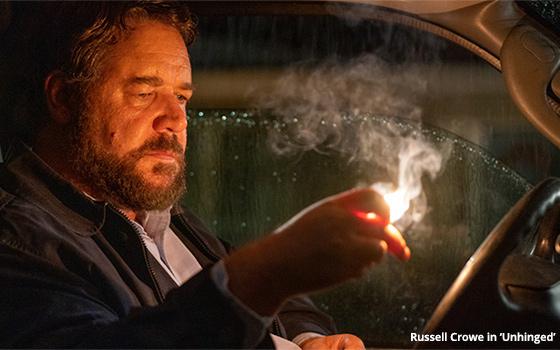 As movie theaters slowly opened up this past weekend, Solstice Studios’s “Unhinged” registered as the highest-grossing wide-release theatrical film since the COVID-19 pandemic began in early March -- but with much lower comparative U.S. box-office receipts.

The movie earned a modest $4 million in U.S. box office revenues, running in 1,823 theaters, according to IMDb's Box Office Mojo.

Thirteen other movies were also theaters this past weekend, totaling a total industry movie theater revenue take of $6.5 million.

By way of comparison, from March 6 - March 8 -- the weekend before major COVID-19 restrictions were instituted including closure of movie venues -- films pulled in $90.4 million in U.S. box-office revenue. Walt Disney Studios’ “Onward” was the biggest movie that weekend -- at $39.1 million, in 4,310 theaters.

That weekend had 103 theatrical movies in circulation.

National TV advertising for theatrical movies from January 1 through August 23 totaled $505.9 million -- down 65% from $1.46 billion for the same time period in 2019, according to iSpot.tv.