Future Conventions Could Be More Virtual Than Reality 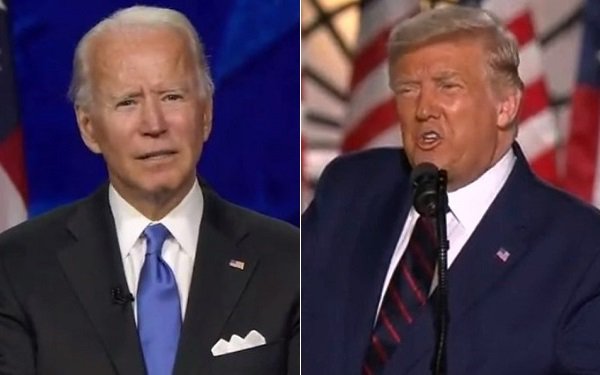 After two weeks of virtual conventions that were not really “conventions” at all, will televised presidential-nominating conventions ever be the same?

On the surface, the answer would seem to depend on the COVID-19 pandemic and whether it dissipates and disappears in a month, a year or even four years.

Certainly, few of us expect the same conditions of life today to continue to 2024. But if the same restrictions on large gatherings are somehow still in place four years from now, then we are sure to see political conventions in the summer of that election year that will be produced more or less like the ones we just experienced over the past two weeks.

And even if there are no restrictions, and the pandemic is a distant memory, the temptation might still be strong for the producers of the Democratic and Republican conventions to apply many of the production values they used this summer to conventions in the future.

In the planning stages leading up to the 2024 events, convention organizers might come to realize, based on the results of the “virtual” conventions they produced in 2020, that relying more on segments produced outside of the traditional convention arena environment might be a more effective way of defining their party’s brand and packaging their candidates for the election in November.

The TV Blog, which covered and recapped all eight nights of the conventions (four Democratic and four Republican), was far from the only source of commentary that framed these four-day prime-time spectaculars as essentially infomercials.

Moreover, they enjoyed a very special privilege that is not customarily bestowed upon infomercial marketers -- hours of free airtime on multiple networks.

They were slickly produced, long-form commercials that repeatedly asked for the order (i.e., vote for me) in the manner of classic advertising.

The only thing missing were repeated mentions of toll-free numbers to call, but such numbers are passé anyway.

Come to think of it, in all of the hours expended in the last two weeks to sell the electorate on the candidacies of Joe Biden and Donald Trump, both parties could have done more to direct prospective voters toward their websites to learn more about the parties and their candidates, or take various actions in support of them.

In election years past, while there was plenty of pre-produced material, the prevailing imagery during the hours and hours of political convention coverage was of the throngs of party delegates inside the convention venues, waving signs and wearing funny hats while they cheered a lineup of featured speakers.

There was none of that this year. The only audiences that came close to looking like throngs were the decidedly unthrong-like audiences who were seen sitting on folding chairs for the convention speeches of First Lady Melania Trump last Tuesday in the White House Rose Garden, Vice President Mike Pence’s nomination acceptance speech inside historic Fort McHenry in Baltimore Harbor on Wednesday, and President Trump’s acceptance speech on the South Lawn of the White House on Thursday.

And the Republicans were criticized for those -- for hosting audiences who were not required to wear masks and socially distance, and also for using the White House grounds for promotional purposes (in the case of the President and his wife).

The speeches by the nominees and other party leaders were not the highlights of either convention.

The highlights were actually to be found among the many portions either pre-recorded or presented live from a variety of locations.

Dozens of guest speakers -- including party celebrities and ordinary people speaking in support of each party -- were seen addressing viewers from their homes, or outdoors with inspiring natural or manmade landmarks visible in the background.

The best and most effective of these sequences was the one seen on Night Two of the Democratic Convention, in which ordinary people and party delegates were seen in their home states and towns across the country (all 50 U.S. states) and around the world (U.S. territories) as they participated in a far-flung roll call nominating Joe Biden and Kamala Harris.

If this segment’s goal was to make the point that the Democrats are united despite their differences, then it worked far better than any of the words uttered by the nominees in their acceptance speeches.

Whether or not restrictions on gatherings are in place in four years, the door is now open for televised conventions to make creative use of settings and visuals that were not available to them inside the traditional convention arenas of yesteryear.

events, government, politics, television
1 comment about "Future Conventions Could Be More Virtual Than Reality".
Check to receive email when comments are posted.
Next story loading