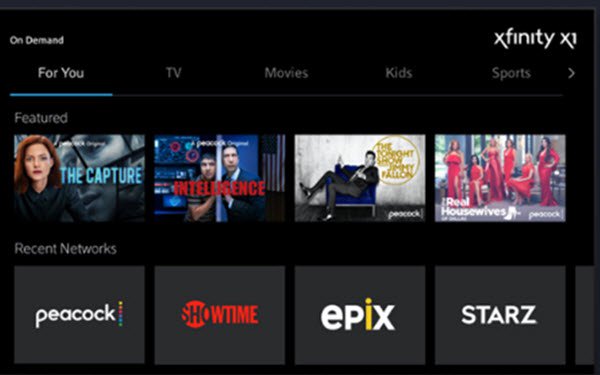 Comcast has been pitching smart-TV makers on integrating a a converted version of its set-top X1 software as an operating system on the TVs, according to Protocol.

It’s not clear how far the discussions of recent months have progressed, according to the sources.

Protocol points out that the smart-TV OS market is “fiercely competitive, with Roku, Amazon and Google all pitching their software to a small group of manufacturers,” and even Samsung so far failing to strike deals to license the proprietary Tizen-based OS software on its own smart TVs to other manufacturers.

X1, which also runs Comcast’s Flex streaming hardware, has been licensed by Cox, which runs X1 software and hardware in its cable system under its Contour brand. Charter is also in discussions to license X1.

Also, Xumo, the free, ad-supported streaming platform acquired by Comcast in February, is already on LG TV sets through is LG Channels AVOD service, and in January struck deals to be integrated in Sony and Panasonic smart TVs.

But integrating X1 into third-party smart TVs would presumably achieve greater distribution and leverage for Comcast’s Peacock and Xumo streaming services, particularly at a time when it Comcast and other traditional entertainment players must contend with powerful gatekeepers such as Roku and Amazon.