Lightlife Calls Out Competitors For Ingredients 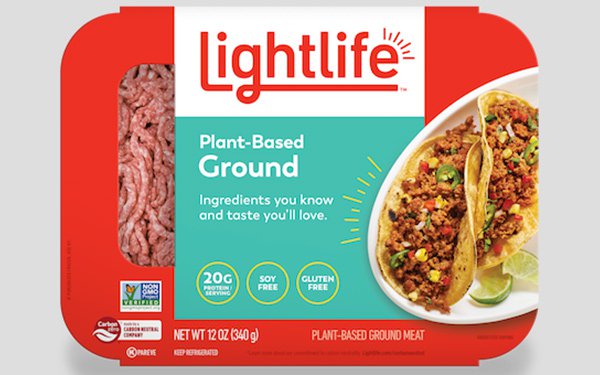 In an “open letter” citing the two companies by name, Lightlife said its products are “developed in a kitchen, not a lab” and do not contain fillers, GMOs or synthetically produced additives.

“We’re making a clean break from both of you ‘food tech’ companies that attempt to mimic meat at any cost,” the letter stated.

The campaign — running in the digital and print editions of The New York Times, The Wall Street Journal, USA Today, Financial Times, Chicago Tribune and San Francisco Chronicle — derives from consumer research involving 11,500 people in the United States and Canada, according to Nightlife COO Adam Grogan.

“Although there is lots of interest and desire to try more plant-based in their diet, what’s clear is that a category that attempts to mimic meat at any cost isn’t one they want to participate in,” Grogan tells Marketing Daily. “They made it very clear to us they want plant-based proteins with simpler, recognizable ingredients.”

The letter cites Lightlife’s plant-based burger as having just 11 ingredients — down from 14 since a recent reformulation and compared to almost twice that amount found in similar products from Beyond Meat and Impossible Foods.

Asked about the choice of newspapers as a medium to reach “both the consumer and the business community,” Grogan says: “The media sources that we picked are some of the best in the country. They bring forward credible news. We had a really important fact-based message we wanted to deliver.”

In response, Impossible Foods posted an open letter to Lightlife on the Medium publishing platform to address “false claims” made about the company’s ingredients.

“That’s because they can’t compete against Impossible Foods on the things that really matter to consumers, including taste, nutrition and sustainability. All they can do is raise loony, bogus issues to try to sow uncertainty and doubt.”

Marketing Daily reached out to Beyond Meat for a response and received this statement from a rep: “If Lightlife took the time to read through our ingredients, they would see that our food is made from simple, plant-based ingredients. With no GMOs. No synthetically produced ingredients. No carcinogens. No hormones. No antibiotics. No cholesterol.”