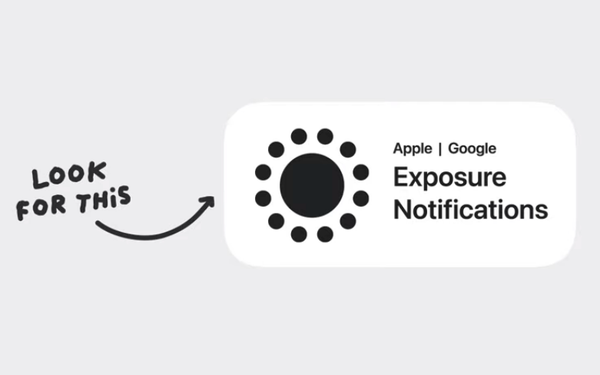 Apple and Google have teamed up for a seamless solution for COVID-19 tracing that seems like a pretty good solution for other forms of anonymized identity tracking.

The method announced Tuesday will be preinstalled on all future versions of phones utilizing the Android and iOS operating systems, which the companies said will greatly accelerate deployment of contact tracing via mobile phones. That's versus apps, which need to be downloaded.

Users still need to opt in to allow their phone to report the data, but being a preinstalled part of their phones sanctified operating systems likely will overcome many consumers' concerns versus downloading, installing and agreeing to an app.

The technology developed by Apple's and Google's engineers will enable each user's phone to seamlessly, automatically and -- importantly -- anonymously report when that user's phone comes into contact with another user's phone, known to be a person who has COVID-19. The phones utilize simple Bluetooth technology to detect each other, but the innovation is in the method the engineers use to cloak each user's identity.

"This system does not share your identity with Google, Apple or other users," according to the companies' explainer video (below).

"Here's how that works," the video continues. "For every phone that's opted in, our technology disguises your identity by generating a random sequence of numbers that change every few minutes."

And here's the ingenious part that could have applications for other forms of identity matching: "Anytime your phone detects another phone that's close by that's also opted in, the two exchange those random numbers."

If a user has tested positive for COVID-19, phones that have come in contact with that user's phone within the last 14 days will receive a notification "without revealing their identity."

Given that this will be a preinstalled feature of most mobile phones going forward, it might make sense for Apple and Google to enable other forms of anonymized contact tracing, including some that might have socially beneficial marketing applications.

But I can already hear the privacy advocates kvetching, even as I write this.

covid-19, mobile, smartphone
1 comment about "Why Apple And Google Are Turning Your Phone Into A Randomly Generated Sequence Of Numbers".
Check to receive email when comments are posted.
Next story loading