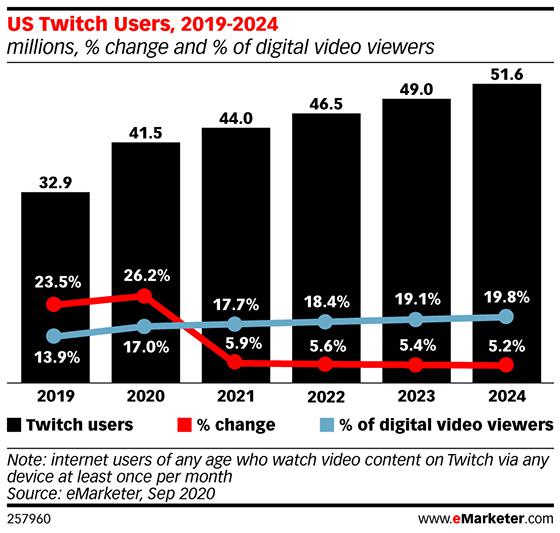 The researcher’s new forecast for Twitch projects that U.S. usage of the platform, known mainly for video-game live streaming, will jump 26.2% this year, to 41.5 million. That’s up from 37.5 million predicted as of February.

The forecast also projects that 17% of digital video viewers in the U.S. will watch content on Twitch this year—a year-over-year increase of 13.9%.

And the increase isn’t all due to video games.

“While more people are watching video-game livestreams on the platform, the rise of nongaming channels like Music and Just Chatting is attracting many first-time viewers,” noted eMarketer forecasting analyst at Insider Intelligence Peter Vahle.

The number of U.S. gamers is expected to reach 174.7 million this year. That would represent an increase of 5% — the highest growth rate since 2015.

If a vaccine is approved and things return to normal in 2021, eMarketer expects the growth of Twitch users and gamers in general to slow considerably. 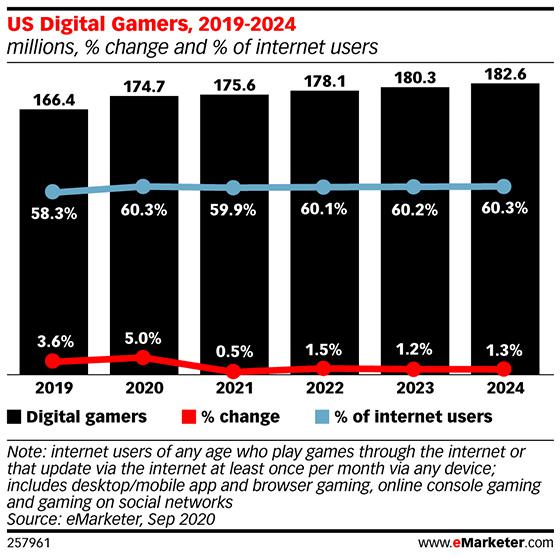