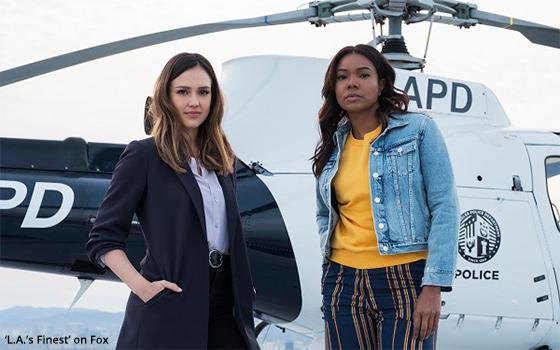 In another new wrinkle stemming from the disruptions caused by the COVID-19 pandemic, our legacy broadcast networks are picking up TV shows that have already aired elsewhere.

First-run programming (or “content,” if you prefer) was always the bread and butter of network television. Indeed, it was once assumed that every show on the networks (ABC, CBS, NBC and Fox) was “first run.”

This meant that none of it had been seen anywhere else. First-run shows ceased to be “first run” after they were shown once.

Then they were repeated as reruns on the networks and then as “off-network” reruns in syndication.

First-run, original programming was one of the foundational selling points of network television (in addition to its reach and other factors). Here was a giant, national entertainment medium whose offerings were fresh and new -- not used and second-hand.

Here in the present day, the pandemic restrictions and the delays it has caused in TV production have left the networks with holes to fill as they await the deferred completion of the new shows they had hoped to produce in time to put together a fall TV season.

One recent example of a hole-filler show is the new NBC medical drama imported from Canada called “Transplant” that premiered last week. It is not a bad show. But it has been airing in Canada since February -- not that anyone here in the U.S. saw it.

But another example much closer to home is “L.A.’s Finest,” the female buddy cop drama that is coming to Fox. This is an American TV show that had its own first run on a streaming platform -- Spectrum cable systems.

“L.A.’s Finest” -- starring Jessica Alba and Gabrielle Union (pictured above) and produced by Sony -- is set to start its second season on Wednesday (Sept. 9) on Spectrum, where it is offered free to Spectrum cable subscribers along with a handful of other shows such as the reboot of “Mad About You” that showed up last fall.

The first season of “L.A.’s Finest” dates back to May 2019, but those very same first-season episodes are coming to Fox on September 21, even as fresh new-season episodes will be seen on Spectrum.

Thus, a broadcast TV network has now picked up a cop show that has already had its first run on a streaming service. It is possible that “L.A.’s Finest” is now to be regarded as the first “off-streaming” series in the history of television.

Will the TV networks now start picking up streaming series from the likes of Netflix and Amazon Prime -- edited to delete the f-words and also to accommodate commercials?

Or it could be that Fox’s pick-up of “L.A.’s Finest” represents a temporary innovation that could only happen under the extraordinary circumstances presented by COVID-19 and its impact on the fall television season.