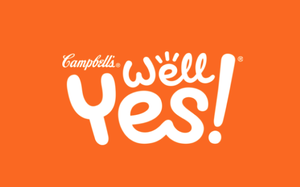 “Soup season” came early this year for Campbell Soup Co. as the result of COVID-19 -- and, with it, millions of younger buyers doing more at-home cooking.

In response, the company boosted marketing spending by 115% in the recently ended fourth quarter. The increase was largely devoted to the Campbell’s and Pacific brands.

“We gained 6.4 million households across all generations,” president and CEO Mark A. Clouse told financial analysts on a conference call last week.

For about two years, Campbell has focused on rejuvenating its soup business while attempting to transcend the perception among some consumers that canned soup is less than wholesome.

Occurring roughly halfway through the recent fiscal year, the pandemic provided a launch pad of sorts for those efforts.

“The strong fourth quarter results have fundamentally changed the trajectory of the business and have created a unique moment to further accelerate our strategy of returning relevance and growth to these iconic brands,” said Clouse.

Asked by analyst Nik Modi of RBC Capital Markets to explain the composition of new customer households, Clouse said just under 50% are populated by younger consumers -- some of them just beginning to have children.

“And as we think about this going forward, those become, as you would imagine, a very, very high priority for us,” he added.

Given these consumers’ penchant for researching and purchasing goods online, 86% of Campbell’s spending to promote its meals and beverages in the quarter was on digital platforms.

“Our ecommerce business was up over 100% in the fourth quarter” and it “essentially doubled in 2020,” said Clouse.

Introduced in 2017, the company’s Well Yes! line needs further improvement in “quality and taste” along with better pricing, according to Clouse.

“We expect this will provide a far more attractive better-for-you option and a much stronger competitive position to capture category growth and younger consumers.”