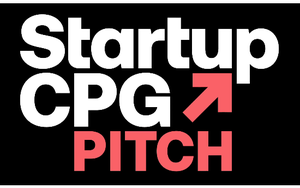 In the fall of 2019, Daniel Scharff, whose food background included a stint at Mars Wrigley, founded Startup CPG in San Francisco as a way to help fledgling food brands succeed.

He began by organizing networking events where emerging brands could demo their products. After the onset of COVID-19, Scharff started a channel on the communications platform Slack before teaming with FirstLook Venture Co. on a virtual event called Pitch.

The first Pitch took place July 22, with some $50,000 in volunteered prizes. The winners—LOCA Foods, 12 Tides and KWEEN—were chosen from 17 companies whose two-minute product pitches were judged by 50 people, among them investors and representatives of ecommerce marketplaces.

In this interview, Scharff explains his motivation for assisting small food brands and provides a preview of Pitch #2, which is scheduled for Nov. 18.

Scharff: I love going to trade shows. But the thing that always struck me as odd is that small brands would be paying so much money for the chance to demo their products. Those shows are dominated by big brands with big budgets and a ton of people.

Also, small brands are the ones doing the most interesting innovation. It didn’t add up that they would have to allocate so much of their marketing budget toward these events when a lot of them aren’t even paying themselves. Small brands need attention like plants need oxygen and light.

CPG FYI: In addition to prompting the cancellation of trade shows, what has been the impact of COVID-19?

Scharff: It definitely exacerbated the need for finding creative ways to highlight small brands. They don’t have another option. They can’t redeploy their marketing budget and do a ton of things digitally to reach consumers where they are.

One big impact is that, although grocery sales are up significantly, resets have been delayed. A lot of retailers stopped taking on new products and letting small brands pitch them for line reviews because they were so focused on just making sure there was enough food in their stores.

CPG FYI: How did Startup CPG end up partnering with FirstLook?

Scharff: FirstLook’s Brian Folmer joined our Slack channel, which is a free, online community where people can throw out any question they want and find an expert who can immediately help them. He said he was starting a product demo box for brands that was going to go to investors.

So I reached out to him to ask, “Are you interested in maybe doing more than just investors?” He jumped all over it and gave us so much support in fulfilling all the boxes for free. We’re super grateful.

CPG FYI: Why will you be adding brick-and-mortar retail judges to Pitch #2?

Scharff: I did a follow-up survey [after Pitch #1] with all the brands, and 100% of them said “you helped me get distribution or connections to investors.” The one need that came out of it, though, was “I could use more help getting in front of physical retail buyers.” So we’re going to see how we can find [brick-and-mortar] people who can really be effective for small brands. We already have 160 submissions from brands.

CPG FYI: What are some of the prizes Pitch #1 winners won?

Scharff: LOCA Foods won a data package from Bedrock Analytics and Nielsen. It also won a shelf-life study from KitchenTown, and Hubba.com awarded it curated space on its website. The GTFO It’s Vegan website did something similar.

12 Tides chose a consulting package from operations consultants Siddhi Ops. It also won a curated spot with SnackNation, whose newsletter goes out to I think about 500,000 people, so that’s a pretty awesome feature.