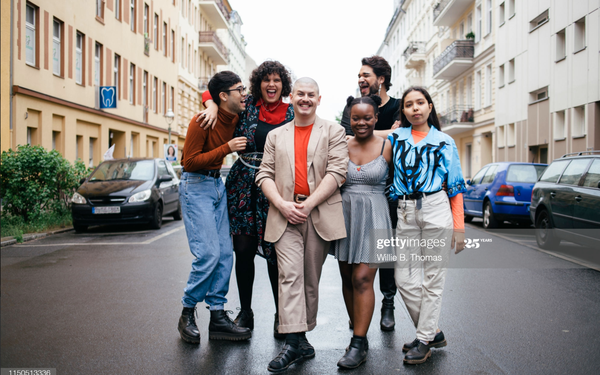 While companies have spent the last few months scrambling to add diversity to their marketing efforts, new research from Getty Images shows that when it comes to visuals, consumers have very different ideas about inclusivity than your typical art director.

Nearly 80% of the people Getty polled around the world say companies need to do more than show various ethnicities in advertising. Consumers expect ads to move beyond tokenism and do a better job of capturing true lifestyles and cultures.

And six in 10 respondents say they prefer to buy brands that are founded by or represent people like themselves.

"We wanted to see whether consumers think about this stuff in the same way that the industry does," says Rebecca Swift, Getty's global head of creative insights. "So we showed them a variety of images, and asked which ones would demonstrate that a company was committed to representation and inclusivity."

The images that people responded to best weren't typical diversity images, but those that showed people doing things that reflected a level of "realness…people want
advertising that captures authentic lifestyles and culture."

For example, women were four times likely more likely to choose an image of a female medical practitioner leading a multidisciplinary meeting. They were also nearly twice as likely to pick pictures of women who were exercising together, women having a good time or hanging out together. "And these same images were chosen by all generations, in all regions,” says Swift.

It's not as if brands aren't making an effort to be more representational. "Something like 91% of the briefs we got last year included the word diversity, so [companies] have been trying for a long time,” she adds.

Getty says the number of searches for "diversity" images have jumped133% year-over-year, "culture" and "real people" are up 115%, and "inclusion" up 126%. And from May to June, as widespread protests swept the world, searches for images showing unity and equality jumped 500%.

And of the 5,000 consumers in 26 countries surveyed, 62% say they’ve faced discrimination. Gen Z consumers, women, and people in the Americas were most likely to say they'd felt this. In North America, they were more likely to say it was due to skin color, (57%), while in Europe, because of their nationality, (56%).

"And around the world, among both genders and across all ages, many felt they'd been discriminated against because of their body shape," Swift says.

Of all the people who felt they have been discriminated against, only 14% say they are well-represented in ads.

Swift tells Marketing Daily this discrepancy is based on a deeper philosophical issue of what "real" looks like. "I don't necessarily even think it's that they want to see someone who is the same as them," she says. "They want to be inspired."

Of course, the industry continually wrestles with the baggage of decades of Caucasian models, she says.  "That's what is in our visual memory. So when we see something that's unexpected, do we reject it as something that's not relevant? Or do we get excited about it because it's new?"

Swift says the ultimate message from this research is that brands should be braver about using more inclusive images, thinking a little less about how diverse people in their pictures look and more about what they are doing in the image.

"This research shows us that's not going to be detrimental — it’s more likely to have a positive effect."