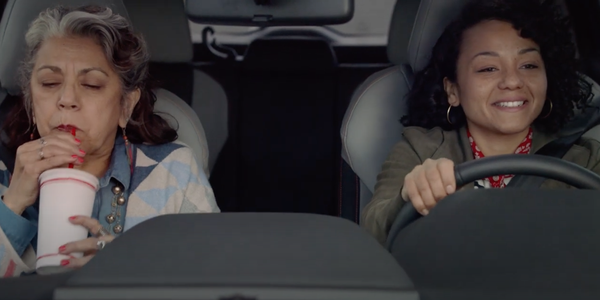 Subaru of America is debuting a spot in both English and Spanish to support the launch of the 2021 Subaru Crosstrek compact SUV.

Creative shows a young woman and her grandmother taking an extended road trip together in the young woman’s Subaru Crosstrek. The two discover their similarities that defy age – including an affinity for a certain vehicle.

“We look at each carline and the story we want to tell to consumers, then decide what creative we need to fulfill our Hispanic media buy,” says Brian Cavallucci, Subaru of America national advertising manager. “For those spots, we have started to cast dual-language talent and film in both languages, to make it as authentic as we can, and run them in both English and Spanish.”

The 30-second spot will run in national TV across shows like "Marvel Agents of S.H.I.E.L.D.," "The Hundred" and "Fargo." It will also run across larger cable networks such as AMC, Discovery, FX, HGTV, NAT GEO and SYFY.. The 30-spot will also run across digital video platforms including Peacock, Hulu, and Roku. The Spanish version will air on both Univision and Telemundo, targeting Spanish speakers.

The commercial was shot in both languages. It’s not simply a Spanish overdub.

“Diversity and inclusion are core to our culture at Subaru and how we treat each other, as humans first and foremost,” Cavallucci tells Marketing Daily. “We have a rich history of reaching and supporting a diverse customer base, so it’s important that we tell stories of owners from diverse backgrounds. That’s exactly what ‘Girls Trip’ does, so we thought it was important to tell this story both in English and in Spanish.”