What 'SUMID,' 'VID' And Rest Of Cross-Media Framework Means For Mobile 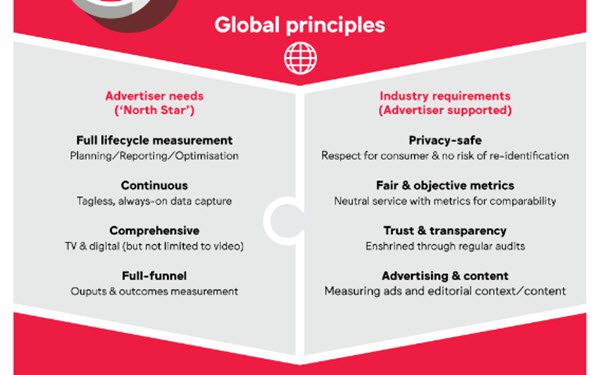 After years of discussion and months of working in earnest, the world’s leading advertising authorities early this morning released a “framework” and a set of principles for creating the next generation of cross-media measurement. Importantly, it is designed to be future-proof measurement in a way that deals with both technological, platform business models and with self-regulatory changes that have already undermined third-party browser cookies and are likely to do the same to persistent mobile identifiers.

The group, organized by the World Federation of Advertisers, with participation with the Association of National Advertisers and its European counterparts, is intentionally designed to be advertiser-centric, but it also provides a “north star” for media, as well as data, technology and research providers to begin building new methods that account for new media forms, as well as the evolution of media and the societal forces that govern them.

The framework is not an edict or a set of global rules, per se, and is intended to be applied based on the local standards of each advertising market, but there are some  guidelines that should make their development relatively consistent, if not universal.

The result will be a Secure Universal Measurement Identity, or the industry’s next big acronym -- SUMID -- which will allow advertisers and the media to both ensure consumer privacy and control, while enabling the industry to control for reach and frequency.

This last part is key, because the goal of the new cross-media measurement systems is to enable the ad industry to finally fulfill John Wanamaker’s conundrum (I know that half my advertising works, I just don’t know which half), while also creating a better consumer experience (for example, fewer, more relevant and better-targeted ads).

The framework is painfully technical, but based on my initial read of it, mobile technology will play a vital role, because the basic segments of its stack include the location and device of consumers, as well as basic demographics.

It’s not clear exactly how this will be achieved in a privacy-compliant way, but the framework coins yet another new vital acronym -- VIDs, or virtual people IDs -- intended to enable the industry to target people, and control for reach and frequency, without actually knowing who they are.

The development of these VIDs will no doubt be the most challenging and hotly debated component of the framework, because they need to be both accurate in terms of achieving the industry goals, as well as ensuring  they don’t violate consumer privacy regulations, including non-re-identification: the process by which records in a de-identified consumer data set can be linked to specific individuals, by combining with records in another dataset.

Phew, good luck with that one.

Lastly, it looks as if the initial phases of this framework will still be TV-centric, based on my read, and that the specific industry self-regulatory bodies like the U.S. Media Rating Council will play a lead role in auditing and accrediting their methods and compliance.

I think that’s a good thing, but it will no doubt create some political tension among the various segments of the “cross-media” marketplace, especially mobile, given that the mobile marketing industry has been among the most vocal critics of the MRC’s efforts to establish the first building block of cross-media measurement: a duration-weighted viewable impressions.

Fasten your seatbelts. It’s going to be a bumpy ride.

metrics, mobile
3 comments about "What 'SUMID,' 'VID' And Rest Of Cross-Media Framework Means For Mobile".
Check to receive email when comments are posted.
Read more comments >
Next story loading