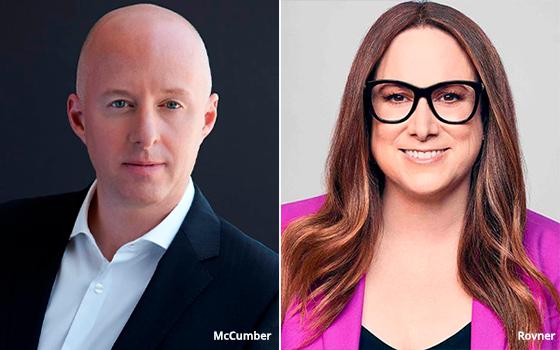 McCumber -- who is president, entertainment networks of USA Network and Syfy -- is departing after nearly 20 years.

Oversight of USA Network and Syfy is now being put under Susan Rovner, who will move from WarnerMedia.

Rovner will now head up entertainment programming of NBCUniversal, overseeing programming at NBC and premium streaming platform Peacock, as well as all basic cable networks including USA, Syfy, Bravo Oxygen and E!

Rovner will work alongside Frances Berwick, who was promoted to overseeing all "entertainment business" decisions including scheduling, research, marketing and acquisitions for NBC and cable TV networks.