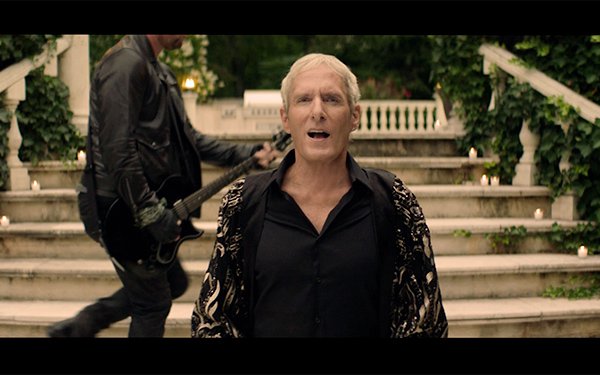 Singer Michael Bolton has apparently spent his time during the pandemic visiting Panera -- and asked to participate in Panera’s new advertising campaign.

“Bolton contacted us,” states Will Elliott, a creative director at Goodby Silverstein & Partners (GS&P), the agency behind the spot. “He genuinely is a huge fan of Panera.” Elliott went on to say that the agency and client jumped at the opportunity.

To launch the chain’s new Broccoli Cheddar Mac & Cheese — a combination of two of the most popular dishes, Broccoli Cheddar Soup and  Mac and Cheese bowl — Bolton sings a version of the song “When a Man Loves a Woman” in the new ad entitled “When Some Mac Loves Broccoli Cheddar.”

Filmed in his own studio and music room and at his outdoor pool, the spot ends with Bolton, dressed as he is in his Jack Sparrow spoof video, singing about Broccoli Cheddar Mac & Cheese while fireworks explode behind him (and his impressive house).

The singer has grown to “love” the food chain during COVID-19 and orders from his local bakery-cafe regularly, explains a company representative. “Panera has always wanted to collaborate on the right project and when Broccoli Cheddar Mac and Cheese came to be, we knew we had to do something big to celebrate this new menu item.”

Bolton’s clip runs across Panera’s social media channels, including Facebook, Twitter and Instagram. In just one day the video amassed more than 1.3 million views. Bolton’s spot forms one part of a larger effort by GS&P to promote the launch a new Panera menu created by Chef Claes.