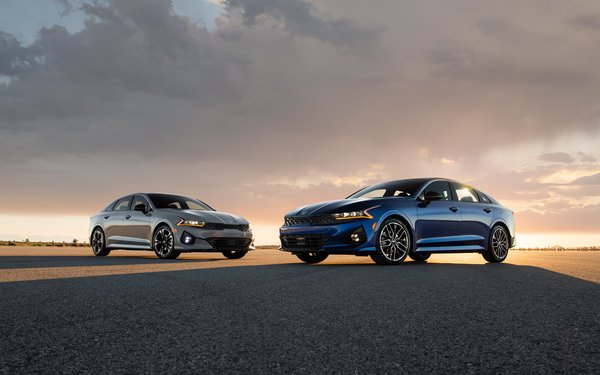 Kia Motors America is partnering with the Television Academy for what the automaker is calling a first-of-its-kind integration.

The K5 will be prominently featured in high-profile moments during the telecast. Each K5 appearance will highlight the midsize sedan's style, performance and driving dynamics.

A 60-second spot featuring the K5 also debuts during the audience-less 72nd Emmy Awards telecast on Sunday at 8 p.m. ET on ABC.

“Stunt” finds the K5 GT performing a never-before-seen jump between two ramps. Created by David & Goliath, Kia’s creative agency of record, the effort includes both 30- and 15- second spots that will be used across both broadcast and digital platforms.

Kia began showcasing the K5 midsize sedan through live events in July. The launch showcased the first-ever K5 Live “Triple Threat Stunt,” and continued with the K5 being prominently featured on the semi-final’s opener of “America’s Got Talent” earlier this month.

Kia is the first official automotive partner to be signed by NBCUniversal and “America's Got Talent.”

“The partnerships with America’s Got Talent and the Emmys are a completely new direction for Kia and help bring live elements to a launch that has been decidedly different from the start,” says Russell Wager, director, marketing operations, Kia Motors Americas, says in a release.

The first K5 spot debuted Sept. 1. “Turning the Lights On” from David & Goliath shows the K5 GT zipping through a warehouse full of dusty, discarded carnival rides and toys. As the K5 passes each cobweb-covered piece of equipment, they magically come back to life, and soon the entire space is re-energized, with blinking lights, carnival music and animatronic movements, highlighting how the K5 is breathing new life into the staid midsize sedan category.

The spot ends with the voiceover “Rides made us feel something once.They can do it again.”

Despite the pandemic, Kia is on a roll. The automaker’s August sales of 57,015 vehicles was the second highest monthly retail sales total in company history.