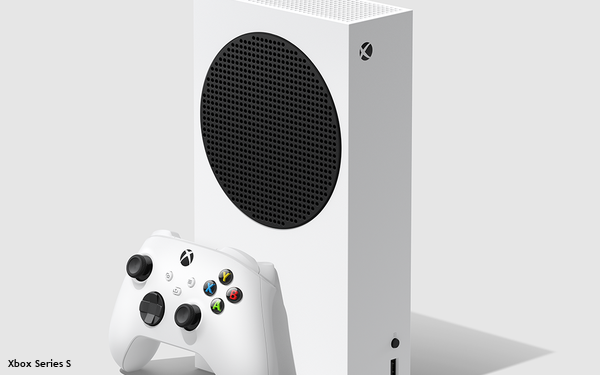 Sony’s PlayStation and Microsoft’s Xbox are such intense competitors in the gaming business, they even competed in screwing up preorders of their new consoles, leaving users of both gaming systems frustrated and empty-handed (or, more likely, empty-carted).

Microsoft Xbox Series X and Series S preorders began today -- but almost instantly, would-be buyers discovered major retailers were sold out. That included Microsoft’s own online store, which crashed early, an embarrassment for one of the oldest computer companies in the world.

The  Series X costs $499; Series S is $100 cheaper. That’s if you can get one.  Based on the angry laments on Twitter, it appears Amazon, Best Buy, Target and Walmart sold out quickly after they started selling the new consoles, stunning fans, some of whom waited overnight for brick-and-mortar stores to open.

Twitter harangues suggest that’s the situation around the world, though the names of merchants are different.

“The Xbox Series X pre-orders have just gone live in the US, following an earlier release hours ago in other parts of the world, and folks, strap yourselves in as all the big retailers around the States fell over straight away, probably due to increased demand,” reported GamesRadar. It added, parenthetically, “Will anyone [sic] of them ever get this right?”

That was a reference to the new PlayStation PS5. Sony surprised fans by opening  its preorders on Sept. 16 without adequately announcing this fact beforehand. According to Pushsquare, Walmart jumped the gun, and then everybody followed.

But it seems there really wasn’t a clear announcement beyond a one-sentence tweet that read, “PS5 pre-orders will be available starting as early as tomorrow at select retailers.”

Buying bedlam resulted, and those early releases of the new model disappeared quickly, too. (They aren’t going to be on the market to the general public until Nov. 12).

“Annoyingly, Sony suggested that it would give potential buyers a fair warning before setting preorders live,” noted Pushsquare’s Robert Ramsey.  “Back in July, PlayStation's worldwide head of marketing Eric Lempel said: ‘I think it's safe to say that we'll let you know when [PS5] preorders will happen. It's not gonna happen in a minute's notice.’” Added Ramsey,  “So much for that!”

Last Saturday, Sony sheepishly conceded in a tweet, “Let’s be honest: PS5 pre-orders could have been a lot smoother. We truly apologize for that. Over the next few days, we will release more PS5 consoles for preorder – retailers will share more details.  And more PS5s will be available through the end of the year.”

These are peculiarly great times for the $37 billion gaming business because the COVID-19 pandemic has forced people inside. Laura Martin, who follows entertainment stocks for Needham & Company,  told Fox Business last week that because of the crisis, the number of people playing video game is up 50% this year.